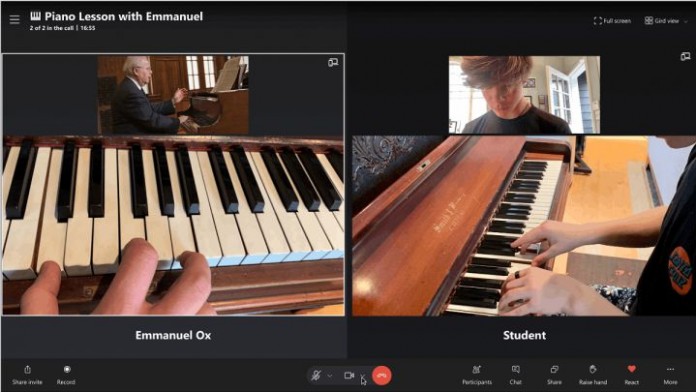 Skype is still one of the messaging applications that help you contact the people you love most. It works both in its computer version and in the version for smartphones, but now the Redmond company adds a feature like the one that makes it easier to show something you are doing with the help of the Twincam function.

Video call applications are very useful for all those who not only want to talk to the closest people, but also see them and feel more accompanied by the image of the other person. But sometimes showing only the face is not the only thing necessary, especially in these times when many use this type of app for educational purposes in which a visual is almost essential.

A clear example is the classes with musical instruments or those of traditional art, where until now many did not show their face or the necessary element to teach the class. But luckily Skype will be of more help thanks to its Twincam function. This feature works in such a way that it captures the video from a second source to add it to said video call as if it were your own.

How to activate the Twincam function

Now we are going to show you, according to what the Redmond firm itself has shown, how the Twincam function is activated when you want to use it in your Skype video call:

Start a group call on Desktop/Web, with more than 2 people joining the call

Then, on your mobile device that has the same version of Skype installed

Join the group call in progress from your Skype app or click the TwinCam button on desktop/web and scan the displayed QR code (**hover phone camera over QR code to scan).

This should redirect you to your Skype app on your mobile device.

Then tap on the ‘Start TwinCam’ button.

Now you will have the possibility of showing two video sources in the same application and in the video call itself you will have to choose the frame and the focus of what you are showing. It is important, as we mentioned before, that the version of Skype is the same to support this function. For this reason we recommend that you see if it is version 8.80 to work with it.