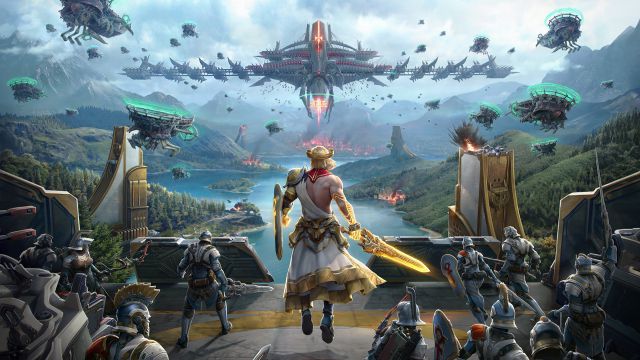 Skyforge: New free content for the MY.GAMES MMORPG adds new dungeons, more adventures, and a new PvP arena on PC and consoles. Skyforge, the popular fantasy MMORPG from MY.GAMES available on PC, PS4, Xbox One, PS5 and Xbox Series X | S, receives the new free update Heart of Steel with many new content, including new dungeons, more adventures and a new arena PvP. This has been announced by those responsible through their official channels, presenting the new images of content that can now be downloaded on all platforms.

Thus, this new update continues the Skyforge story with new PvE and PvP content. Unveiling the next part of Terra’s story, the heroes will venture like never before into the bowels of this mysterious planet in a new adventure. The Immortals will be able to enter the crystal caves of Terra, flooded with crystalline water and sparkling crystals – an invaluable and extremely coveted resource – while defending themselves from evil forces ”, explain those responsible.

Additionally, Heart of Steel also offers access to Wynd’s Laboratory, a dungeon in which up to 5 players will discover the dark secrets within a sinister construction erected by the father of the Mechanoids, the feared William Wynd, also known as The Integrator.

Finally, Heart of Steel users will enjoy a new PvP Arena known as Xintara’s Trial in which two teams of three players will face off, all to dominate the entire map through Terra’s labyrinthine network of underground tunnels.

Skyforge is an online action game inspired by science fiction and fantasy, set in a universe full of gods and monsters. As an immortal of Aelion, team up with players from around the world to reveal incredible stories, explore unknown lands, and defend an ever-evolving world from invasions.