Home Entertainment Sky: Children of the Light will finally be released on PlayStation 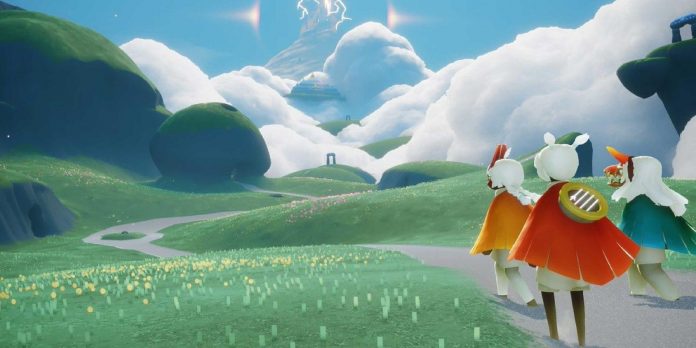 The developers of thatgamecompany have been praised for releasing their latest mobile game Sky: Children of the Light. The game is clearly inspired by the previous Journey game from the developers, which received almost universal critical acclaim. Following the success of Journey Sky: Children of the Light sent players on another well-received adventure and enjoyed great popularity: just a year after the first launch on iOS, it was downloaded more than 20 million times.

The announcement was made by thatgamecompany on the developer’s blog, confirming that a version of Sky: Children of the Light for PS4 and PS5 will appear. According to the developer, a PlayStation version of his latest game has always been planned, but the latest information confirms that this update is in development. Currently, there are no expectations when fans will be able to play Sky: Children on the Light on PlayStation consoles, but considering that the Switch version was released within 12 months after its announcement, we hope that gamers will soon receive an official announcement of the release date.

In addition to the fact that Sky: Children of the Light was praised for its stunning visuals and exciting collaborative gameplay, it also raised money for charity. Having raised money both to combat deforestation in the Amazon rainforest and to provide assistance in connection with COVID-19, thatgamecompany reported that it managed to raise more than a million dollars. Since Sky: Children of the Light has been downloaded by more than 20 million users, it becomes clear how its developer managed to raise such a sum of money.

Sky: Children of the Light may not have fully lived up to the high expectations placed on its predecessor Journey, but many still gave the game positive reviews, citing the impressive visuals and unique social elements that make the game worth playing. Unlike Journey’s single-player mode, Sky: Children of the Light encourages cooperative play as a core gameplay mechanic, allowing eight players to explore the world together.

Sky: Children of the Light is available for Google Play, iOS and Nintendo Switch. Versions for PS4 and PS5 are in development.

13 Sentinels: Aegis Rim Presents Its Mysteries In A New Trailer...