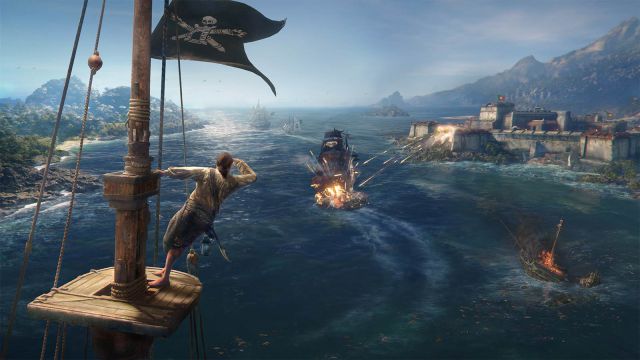 Skull & Bones, where are you at?

Fréderick Duguet, chief financial officer at Ubisoft, explained that “production has progressed well in the last 12 months” by the Singapore team, and that this additional time “will allow the team to offer their complete vision” of the project. “We believe a lot in the creative vision of the team,” he reveals. Duguet highlights the contribution of Ubisoft Singapore in Asassin’s Creed IV: Black Flag, who “developed a unique naval combat experience”.

On the other hand, Yves Guillemot, CEO of the firm, assures that “it is a good study” after continuing to develop “a large part of the Assassin’s Creed franchise.” “What we’ve been doing to make sure they have strength with Skull & Bones is increasing the associated studios that are working with them right now, so there is a great and good team working on the game. The last 12 months have been really good in terms of how things have gone. We are confident that they can bring something truly exceptional to the market. ”

The latest news that transpired takes us to September last year, when the editor once again insisted that development was progressing “at full capacity with a new vision.” That “vision” to which they refer suggests a change of concept compared to what was seen during their revelation. We must go back to the year 2017 to see his first moving images. The study started from the naval battles seen in the Assassin’s Creed franchise to build a multiplayer title focused on contact in the open sea.