Home Entertainment Skull & Bones Refuses To Sink And Already Sees Testers On The... 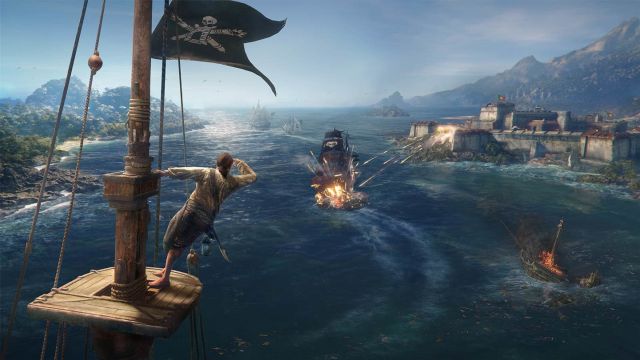 Skull & Bones: The naval battle game developed by Ubisoft Singapore continues in development, although without a fixed date. The oceans stretch across the seas of Skull & Bones, the game that was born as a spin-off of Assassin’s Creed IV and has dragged the stormy tides of a development full of shipwrecks. However, the product has not been canceled and continues at full speed. From the masts of the Ubisoft ship they have kept an eye on beta testers to test the operation of the video game.

“We are launching our insider program, a unique opportunity for a select few to try a preview version of Skull & Bones and share their feedback,” revealed Ubisoft Singapore, the studio behind the title. “Ideal candidates are Skull & Bones fans with an interest in game development, with time to test and report issues, bugs, or just general feedback.”

The team says that their main goal is to collect data and learn what players do when they weigh anchor and start fighting. “And more importantly, we want to know what you think of the game.” They will dedicate communication channels reserved for members of the Insider Program. “It requires a commitment and patience”, as well as the signing of an NDA agreement. It does not specify if the players invited to the program will receive remuneration for their work.

“A very promising IP”, according to Ubisoft

Skull & Bones reappeared during the investor meeting where the company’s financial results were presented. Ubisoft then pointed out that this intellectual property is “very promising” and that it will be focused on the “multiplayer first”. They seek to offer a competitive and cooperative product within a “large open world” and a fantasy and pirate environment.

The game, in development for PS4, PS5, Xbox One, Xbox Series X, Xbox Series S and PC, is scheduled for release between April 2022 and April 2023.