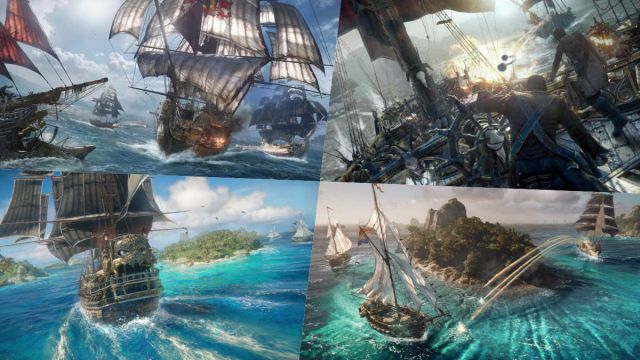 Skull & Bones: The game developed by Ubisoft Singapore was announced in 2017 and has suffered from numerous issues. The Skull & Bones ship may be hit, but not sunk. Ubisoft continues to work on this project, whose development has taken longer than anyone would have imagined. The title has returned to the front page during the meeting in which the French company has presented its financial results. In this context, the CFO Frédérick Duguet, has assured that the IP is “very promising”, while pointing out that it is a “multiplayer first” product.

“It’s a very promising new IP, focused on ‘multiplayer first,’” he said. This means, according to the manager, that they delve into their strategy of offering players “competitive and cooperative multiplayer” within a “large open world, with great and attractive fantasy.”

Duguet has acknowledged that the product “of course has required a longer development”, but assures that they are “very happy with the artistic direction and the progress that has been made in the game so far”.

From Assassin’s Creed to Skull & Bones

Skull & Bones grew out of the naval battle mechanics first introduced in Assassin’s Creed III and later enhanced in Assassin’s Creed IV: Black Flag and other Assassin titles. It was announced at E3 2017, but since then it has gone through numerous vicissitudes, among which is the departure of its director. Some sources have reported that development has restarted, but Ubisoft has remained silent. Some time ago they pointed out, yes, that development was progressing from strength to strength.

With Ubisoft Singapore under investigation for alleged sexual and labor abuse cases, director Hugues Ricour was replaced in 2020.

And when will it go on sale? At the moment there is no specific date, although at the meeting of investors they have pointed to a period that includes the fork of April 2022 and April 2023. It is in development for PS4, PS5, Xbox One, Xbox Series X, Xbox Series S and PCs.