Home Entertainment Skull and Bones: The Real Story of the Indian Ocean 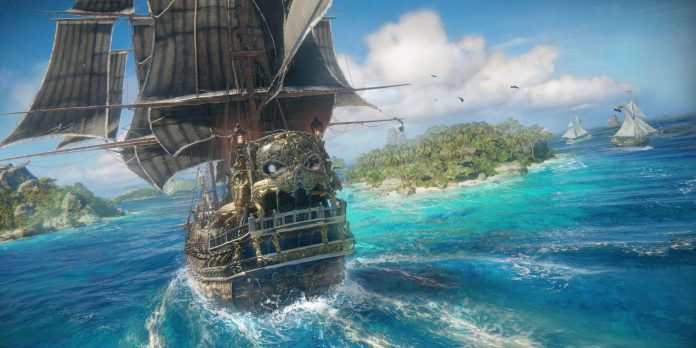 Although at first glance it may seem that history has always been a vital part of the gaming industry. From early games like Wolfenstein 3D to modern series like Assassin’s Creed, the story is woven into the DNA of countless game franchises, and although some series use an alternative approach to the relevant subject matter, sources of inspiration from the real world still prevail. The upcoming game “Skull and Bones” from Ubisoft uses exactly this approach, unfolding its sea adventure in the 17th century and in the Indian Ocean.

Originally planned as a spin-off of Assassin’s Creed Black Flag, Skull and Bones has been cancelled and relaunched more than any AAA game. Over the years, Skull and Bones has had three different locations, from the Caribbean to the mythical, Greek-inspired open seas of Hyperborea, before finally landing in the Indian Ocean. While “Skull and Bones” will certainly take some creative liberties in its setting, there is a lot of real history in the Indian Ocean from which to draw inspiration.

A Brief history of the real Indian Ocean

The third largest ocean on the planet, the Indian Ocean, stretches from Asia in the north to Australia in the east, Africa in the west and Antarctica in the south. Although it is obvious that the ocean existed for thousands of years, its history before the colonial period is relatively undocumented, which allows us to learn only from biased, Eurocentric reports.

According to the latest theories, it is believed that some species of Homo sapiens spread across different continents, crossing the Indian Ocean about 75,000 years ago. Over tens of thousands of years, human civilizations began to emerge, which eventually led to the emergence of many cultures surrounding the Indian Ocean, including from the Middle East, Southeast Asia and India itself. About 7000 years ago, the maritime trade industry began to flourish, and the Indian Ocean was home to many trade routes. Ceramics, bronze, grain, copper, wood and stone were popular trade goods, with tons of each constantly floating across the Indian Ocean.

In the 8th century, Arab missionaries crossed the Indian Ocean to spread their teachings of Islam, and gradually more and more civilizations began to spread to smaller islands and archipelagos across the ocean. In the early 1400s, Zheng He of the Ming Dynasty sailed with his fleet across the Indian Ocean, trying to collect more exotic treasures. In 1497, Vasco da Gama became the first European to sail to India, which subsequently led to a series of Portuguese raids on the African coast. In the early 1500s, the Ottoman Empire spread across the Indian Ocean, first conquering Egypt.

In the 17th century, the Dutch East India Company was established. Along with the East India Company, these two organizations made the greatest contribution to the slave trade, and the Indian Ocean, unfortunately, was the site of countless slave ship routes. The action of “Skull and Bones” apparently takes place at some point in the 17th century, although the exact date has not yet been confirmed. It seems extremely unlikely that there will be any mention of real world history at that time, given the nature of the subject matter. Instead, it seems much more likely that “Skull and Bones” will simply use real 17th century Indian Ocean locations rather than any real events or people.

Skull and Bones is scheduled for release on November 8, 2022 for PC, PS5, Stadia and Xbox Series X/S.