Home Entertainment Skull and Bones: how does intelligence work 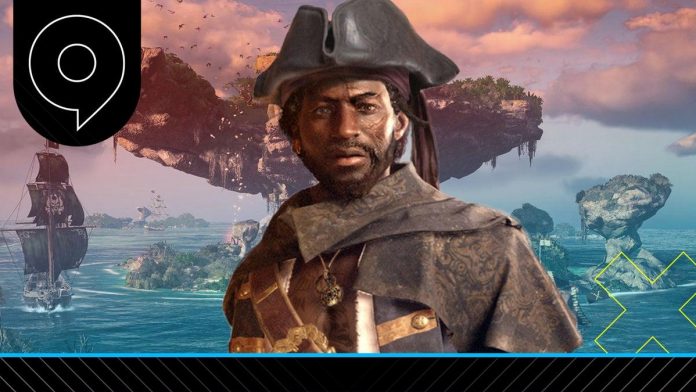 With the waves beneath you and the wind in your sails, the Indian Ocean is available for full exploration in Skull and Bones. But, as we recently learned, most of the upcoming pirate simulator from Ubisoft takes place at sea. So, what else can you discover there besides water, water and, well, more water? We talked to developers from Ubisoft Singapore to find out.

Despite the fact that most of the Skull and Bones map consists of the ocean, you can get off the ship and walk on land. Not every island you see can be explored, but you can anchor in dens and outposts; two special types of locations that have everything a pirate needs to prepare for further adventures.

“Gameplay on land is about communicating, building, building a fleet and contracting in—game either in a lair or an outpost,” explains Ryan Barnard, Skull and Bones game director.

“The special idea of earth is that it offers you a safe zone where no one can attack you,” says Elizabeth Pellen, creative director of Skull and Bones. “The role of a pirate is to move between safe lands where you can build and customize your ship, as well as trade some resources before [going] to the ocean to steal precious cargo, which you can then return. ”

“So from earth, in addition to building and training, you can also sign some contracts to earn some money from other pirate authorities,” she adds. “As your notoriety begins to spread across the Indian Ocean, you will gain access to your own pirate lair, from where you can begin your ascent to the pirate king by producing and smuggling illegal and expensive goods.”

The world of Skull and Bones was designed as a living space that changes as often as the tides. Some characters won’t stay in one place forever, so you’ll need to explore the map to find the right people with the right capabilities.

“All over the world you will find several outposts where you can meet smugglers or local rebels fighting against mega corporations,” says Pellen. “We call them ephemeral zones because the NPCs you meet in these outposts won’t always be the same. They also travel. They move from one place to another.”

“When you connect to Skull and Bones, the first thing to do is look at your map and see where the trade routes are, where the merchants are, before choosing the right ship, providing it, equipping it and sailing in the direction. that’s what you’re most interested in,” she advises.

Navigation, trade and smuggling are all important aspects of a pirate’s career. But what about treasure hunting, perhaps the most famous of all pirate entertainment?

“There are a lot of treasures hidden in all the outposts,” Pellen promises. “You need to board some ships and steal some treasures, or you can also collect shipwrecks to find other map fragments. Then [following the clues in] some drawings and some landmarks, once you find the right island, you can also use a ground compass to help you find the location of the treasure.”

Although there are many important things to find and do on land, the main gameplay of Skull and Bones takes place at sea. With this in mind, Ubisoft Singapore has done a great job to make the ocean an interesting and challenging place to explore.

“Our water is essentially a deformable mesh, and this deforming mesh affects physics,” explains Chris Kirkpatrick, lead technical director of Skull and Bones. “So the boat is actually interacting with the waves.”

“We have other physical properties that will be read by each ship,” he continues. “So there is buoyancy and resistance. This affects how far the boat will go into the water, how slowly they will pass it. Each ship should feel different depending on the size and weight.”

Since the focus is on navigation, marine mechanics had to evolve beyond what we saw in Assassin’s Creed. Things like the weight of items in your hold and the direction of the wind need to be taken into account.

“Of course, the wind should be important for sailing and navigation. The direction of the wind actually affects the speed of your ship,” says Kirkpatrick. “Thus, the player needs to follow the wind, and a good player will be better able to navigate when the wind is blowing at his back, tack better and, therefore, will be a better navigator.”

But although the systems are now more detailed, Skull and Bones is definitely not a hardcore sailing simulator. “You don’t have to be a sailor to play Skull and Bones and figure out what to do,” Barnard promises, “but as you learn to use the wind better and [learn what your] weight and your cargo and the type of your ship means, you’ll see that there are advantages.” to be the best captain and the best navigator.”

Seulgi from Red Velvet topped the iTunes charts worldwide with her...