Home Entertainment “Skull and Bones” has an unfortunate release date 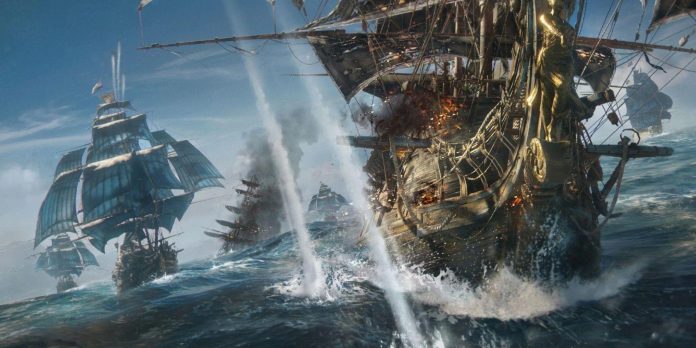 Ubisoft as a video game publisher has its own problems, but they are far from the worst. Although its microtransaction methods are sometimes quite blatant, and Ubisoft’s open-world formula has reached peak saturation, Ubisoft still manages to pump out the AAA experience, which, at the very worst, are absolutely fine games. In the past, Ubisoft had a pretty solid track record: to announce a game, give it a year or two to develop, and then release it on time, but there are always exceptions, and Ubisoft’s pirate-themed adventure Skull and Bones is certainly one of those.

Originally announced back in 2017 during Ubisoft’s E3 demo, Skull and Bones is owned by developer Ubisoft Singapore. The development of Skull and Bones was notoriously difficult, and several Kotaku reports over the years have shown how far the project has lagged behind the release. Ubisoft has re-introduced the game, and Skull and Bones does look in a much better position, but there is one key element that could spell disaster for the game even before it hits store shelves: its release date.

RELATED: The director of “Skull and Bones” tells how many ships will be available at launch

Unsuccessful development of the “Skull and bones”​​​​

Presumably, the development of Skull and Bones began in 2013, almost ten years ago. At that time, it was planned to take the critically acclaimed naval battles from Assassin’s Creed 4: Black Flag and turn them into a full-fledged MMO by-product. A little in development, the project switched, becoming an independent entity, completely separate from the Assassin’s Creed license.

Renamed Skull and Bones, the game has undergone many different iterations over the years. According to the Kotaku report, almost every element of the game has undergone many changes, from the general direction of the game to its characters and scale. The game’s setting has become a key point of change in development, moving from the Caribbean inspired by Assassin’s Creed to the fantastic, Greek mythology-inspired world of Hyperborea and the Indian Ocean.

The gameplay mechanics of Skull and Bones also underwent many changes during the first few years of the game’s development. Internally, the developer could not decide whether Skull and Bones would be a survival game in the same vein as Rust and Raft, or whether it would be strictly a naval game about battles and research. Skull and Bones repeatedly exceeded its budget, and in 2020, seven years after the start of development, it was confirmed that the game was taking on a “new vision”, which would take several more years to develop, this time with the support of Ubisoft Berlin. Over the past few years, the release date of “Skull and Bones” has been postponed several times, the largest of them — from April 2021 — March 2022 fiscal year to April 2022 — March 2023 fiscal year.

Ubisoft has finally announced the official release date for Skull and Bones, and it’s a little earlier than some fans expected. Unlike next year’s release, Skull and Bones will be released on November 8, 2022. There’s one big problem with this release date; God of War: Ragnarok comes out the day after it.

God of War: Ragnarok is one of the most anticipated video games at the moment. While the God of War series has always been popular, the 2018 reboot has attracted a whole new crowd of fans, and now the God of War franchise is more popular than ever. Since many critics and fans believe that God of War 2018 is one of the greatest video games of all time, the unprecedented hype surrounding its sequel is more than understandable.

Santa Monica Studio has confirmed that God of War: Ragnarok will be released on November 9, 2022. While it’s possible that God of War: Ragnarok will be delayed, it’s pretty unlikely since Sony and Santa Monica Studios don’t want to confirm a release date before then. prior to disclosure, as both parties wanted to make sure that the game would be ready by any specified date. So with that in mind, it’s likely that the release of Skull and Bones will be heavily overshadowed by God of War: Ragnarok, one of the biggest games of the year, which will be released just a day after it. It seems that the Skull and Bones just can’t rest.

Skull and Bones is scheduled for release on November 8, 2022 for PC, PS5, Stadia and Xbox Series X/S.

Cringe or monkey? Generation Z Says What He Finds Shameful About...