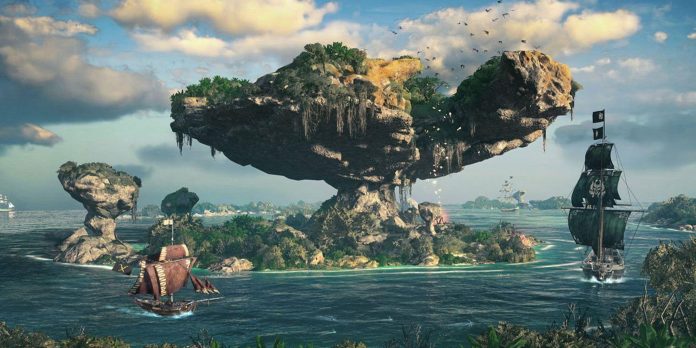 Now players can register to participate in the beta testing of the upcoming open-world pirate game Skull and Bones. The game “Skull and Bones”, which will be released on November 8, will allow players to explore the open ocean to become successful pirates and create an empire on the high seas. The action of “Skull and Bones” takes place in the Indian Ocean in the seventeenth century. Its developers promise that the history of the spice trade in the Indian Ocean is intertwined with the gameplay, unlike other pirate online games based in the Atlantic.
The expectation of the game “Skull and Bones” from Ubisoft is growing due to the company’s successful formula with an open world combined with the exciting world of the open ocean in a pirate theme. For players interested in seeing the game before its official release, Ubisoft has released beta tests for which players can register to get an idea of how the game will work.
Related: How the gameplay of Skull And Bones will differ from AC Black Flag
Beta testing is currently open to players on PC, Xbox Series X/S and Playstation 5. Although players can register to join the beta testing, there is no guarantee that they will get access. However, the earlier players register to participate in beta testing, the more chances they have to get access to Skull and Bones before the official release on November 8.
How to register to participate in the beta testing of Skull and Bones
First, players need to go to the registration page of the beta version of Skull and Bones in Ubisoft to register on the Playstation 5, Xbox Series X/S or PC platform. After players enter their Ubisoft registration details, they will be listed for upcoming beta tests and will receive an email with additional information if they are selected. Since Ubisoft has not revealed how many beta testers it will select from the list, players will need a bit of luck to get on the list.
There is currently no official start date for beta testing. However, Ubisoft is already running a similar program called the Insider Program, which provides access to early versions of the game to lucky PC players who have applied and been selected. Given that November 8 is the release date of Skull and Bones, beta testing is likely to begin within the next week or two.
On July 7, Ubisoft released a new cinematic trailer for Skull and Bones, teasing combat mechanics, PvP and co-op play. Unlike previous Ubisoft pirate games, Skull and Bones is designed for multiplayer, so beta testing of this game will be an interesting activity, and players should try to get access before the full release this fall.