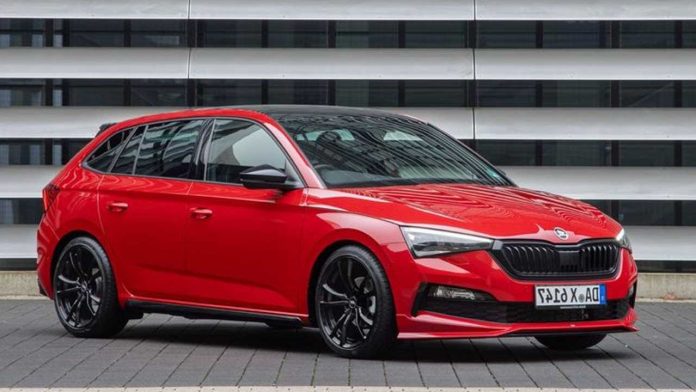 Skoda, which has managed to become one of the remarkable car brands in recent years, introduced the Scala Edition S, the sporty version of the current Scala model. The new model, which has 190 horsepower with a 1.5 TSI engine, will be produced only 500 units.

Czech Republic-based car brand Skoda introduced the hatchback style Vision RS concept at the Paris Motor Show in 2018. The company had long been expected to put this model into mass production and launch, but a completely different move came from Skoda to replace the Vision RS.

The company surprised car lovers by introducing the 190-horsepower Scala Edition S. Edition S, which is a sportier version of the standard Scala model, has a 1.5-liter TSI engine and 290 nm torque.

Edition S, 15mm closer to the ground than the standard Scala

Introduced in 2018, the Vision RS produced 245 horsepower, and it was unlikely that Skoda would launch a car other than the standard versions. However, when the company introduced the Edition S with a special suspension system of 190 horsepower, the possibility of introducing the Vision RS was further reduced.

Since the vehicle is designed for sportive purposes, its proximity to the ground has been adjusted accordingly. The Edition S, which is 15mm closer to the ground than the standard version, has 18-inch wheels with details such as diffuser and spoiler to enhance aerodynamic performance.

The company announced that Edition S production will be limited to 500 units and will only accept pre-orders. The starting price of the Scala Edition S is set at 33,790 euros.