Home Celebrity The Most Skilled Hero of the Marvel Universe: Multiple Man 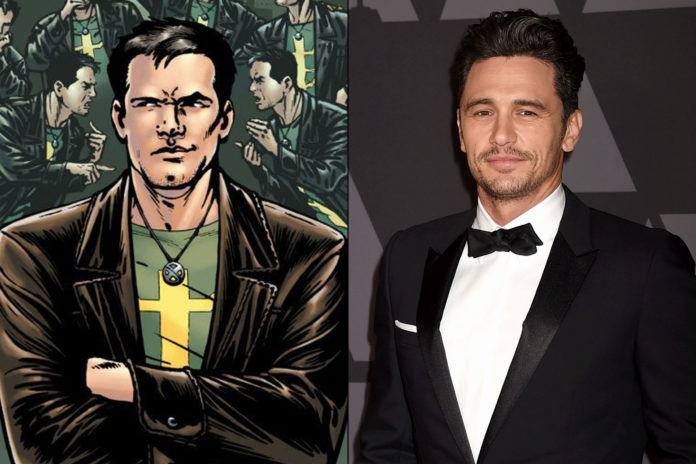 Marvel continues to nurture the universe it creates with other superheroes every semester. As the number of superheroes participating in the universe increases, it becomes more difficult for Marvel fans to decide on the most talented or strongest superhero. So what is truly the most talented Marvel superhero? Is Taskmaster able to imitate any physical movement he once saw? Otherwise their language, skills and knowledge; Prodigy, who can learn only by staying in the same environment with people who have them?

Although this issue is always open to debate because it has no tangible answer, perhaps a hero you have never heard of before appears as Marvel’s most talented superhero. Multiple Man-Jamie Madrox, which appeared for the first time in the 4th issue of Giant Size Fantastic Four, is ahead of other Marvel characters with its interesting talent.

Of course, the story begins in the family age, as in every superhero:
Jamie Madrox’s superpower is that he can clone himself. Madrox hitting a surface is enough to clone itself. Madrox can create its own copies with the kinetic energy that emerges by hitting a surface. The resulting copies can think and live differently than Jamie Madrox.

Jamie Madrox initially used this cloning ability to take care of everyday work in the farmhouse, where he continued to live after his family died. Madrox was later discovered by X-Men, but Jamie decided to become an assistant to Moire McTaggert on Muir Island instead of joining X-Men.

Realizing that the clones she created can use her memory, knowledge and skills by adding them back to her body, Jamie Madrox created new clones and sent them all over the world to gain different skills. After the clones mastered a certain skill, they returned to the original Jamie and added the skill to Jamie.

Its path intersects with S.H.I.E.L.D and is included in the main story:
Jamie Madrox gained dozens of skills through clones he sent to all over the world. One of the first things Jamie did through his clones was to train clones in different university departments and specialize in other professions. One of Jamie’s copies was trained in law, allowing Jamie to specialize in this area. Another clone that took anatomy lessons led to Jamie’s development in medicine. A copy trained in S.H.I.E.L.D made Jamie Madrox a superior agent.

Learning languages ​​and mastering martial arts was one of the skills that Jamie Madrox gained through his clones. Jamie sent many copies to different countries to learn the language. While the clones learned languages ​​in different countries, they also collected information about the cultures and traditions of the countries and added them to Jamie Madrox. All clones, like a clone with Shaloin monk for advanced kung fu learning, enabled Jamie to master many martial arts.

Multiple Man Jamie Madrox stands in a special place among Marvel superheroes who can gain new abilities and features. Even if she doesn’t learn very quickly, Jamie has clones that can win many skills at the same time. He can also acquire these skills as if he had worked for years. So it’s okay to announce Jamie Madrox the most talented Marvel Universe character.

The Lord of the Rings Series Is Coming