Home Entertainment Skate City, Analysis. The City Is Your Track 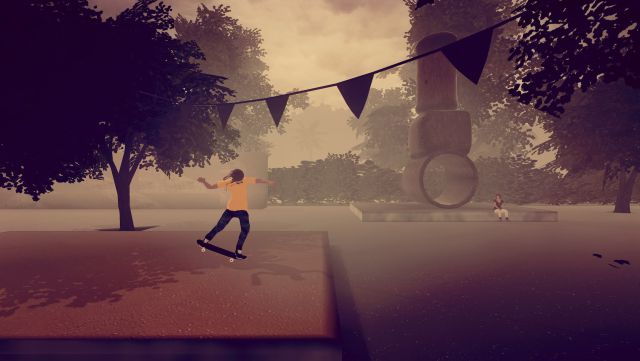 Skate City: An endless runner in the form of a minimalist skate arcade comes to PC and consoles from Apple Arcade that does not renounce its mobile personality. Skate City is one of those rarities that makes the leap from mobile devices (Apple Arcade, to be more exact) to PC, PS4, Xbox One and Nintendo Switch, and not only because of the particularity of its proposal, but it does so without touching nothing of the original version – what’s more, it even loses some content along the way – in order to offer an experience limited by its own character but that is capable of arousing interest among fans of skateboarding video games. And it is that with the celebrated OlliOlli in the spotlight and moving away from more complex proposals such as Skate or Tony Hawk’s Pro Skater, Skate City is a kind of two-dimensional endless runner very focused on what it wants -or can- offer through a minimalist bet and, in a way, conditioned by its original format. Let’s see in our analysis if Skate City is able to position itself in a good place against titles cut by a marked arcade personality.

The most minimalist ollies and flips

The news of the Norwegian study Agens with the editor Snowman does not fool anyone. And it is that after a few minutes of play, we will witness everything that the title has to offer. Its development is so direct it is simple and we will quickly be sliding through the streets of Los Angeles, Oslo or Barcelona (the only three scenarios, in the absence of a fourth level set in Miami that is available in the original version of Apple Arcade) and performing the typical tricks that every self-respecting skater should know; and dominate, of course. Through a 2D gameplay in three-dimensional environments, we will always move from left to right in levels of generous length, although in no case procedural.

Its staging is traced to that of the Apple Arcade version, preserving models, light graphic effects, animations and lighting, surely the most striking aspect of the title. And it is precisely this particularity that represents its greatest setback, since it is clearly noticeable that it is a video game that comes from mobile phones. In no case does it pretend to be a graphic or technical reference, although on the big screen the seams of a rather just staging are seen. Simple modeling, saw teeth, simple scenery and somewhat jerky animations reveal its mobile condition; Even if we bring the camera closer to our avatar through photo mode, its graphic deficiencies will be more exposed than ever. All this could be justified by its minimalist personality, although it is not convincing compared to other similar works that are much more careful in this regard.