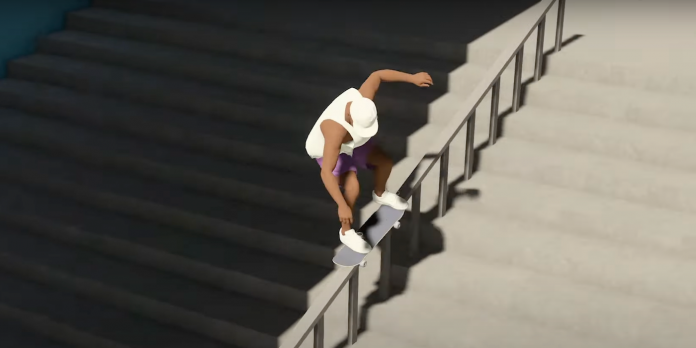 Skate data suggests that there will be loot boxes in the upcoming skateboarding simulator, which contradicts previous statements by the developer Full Circle. The fourth part of the extreme skateboarding franchise was previously called Skate 4, but the last name of the game is simply Skate. A new name for Skate 4 was recently unveiled along with a planned free-to-play model and an alleged lack of loot boxes, but in fact this claim may not be true.
The upcoming Skate was first announced back in October 2020, ten years after the release of Skate 3 in 2010. The action supposedly takes place in a fictional California city called San Amsterdam or Fun City. The skateboarding name is expected to continue the legacy of the franchise. unique controls and open world exploration. It is rumored that Skate is a massive multiplayer game in which crowds of gamers work their way through a digital metropolis together. It is believed that the fourth part of the series brings back the iconic “Flickit” controls of its predecessors, which allowed players to perform tricks using fast movements of an analog joystick. Early footage of Skate gameplay seems to confirm these leaks, showing several skaters crossing a large urban environment together.
Related: Skate 4, Reportedly Being Tested Now, Could Be Released This Year
Reddit user and data miner PatFennis recently discovered a code in Skate that suggests there will be loot boxes and microtransactions in the game. The game files mention a currency called Taps, which is apparently used to buy Swag Bags that contain a random unlockable item. Industry insider Tom Henderson (via Twitter) commented on this discovery, accusing the Full Circle developer of specifically targeting children with Skate microtransactions. The discovery of Taps and Swag Bags occurred just a few days after the developer announced that there would be no loot boxes or any microtransactions in Skate that directly affect the gameplay.
Dataminer found loot boxes in Skate. called “Swag Bags”, which uses a currency called “Taps”, where players can unlock various customization options.
Tell me that you are not targeting children without telling me that you are not targeting children.
“Souvenir bags” https://t.co/apjHDdcn2Q
— Tom Henderson (@_Tom_Henderson_) July 16, 2022
Despite the fact that little gameplay has been officially revealed, the leaked footage of the Skate multiplayer gameplay seems to show a really reliable and sophisticated skateboarding simulator. It is said that the animation in the title and the physics of the rag doll are top-notch, which makes the game fun, regardless of whether the players perform impressive tricks or are constantly erasing. The pedestrian gameplay, which was heavily criticized in the classic Skate trilogy, apparently has also undergone improvements. While Full Circle may have managed to capture the magic of classic skateboarding games, loot boxes threaten to spoil the impression for many.
As a free game, Skate should use some form of microtransactions to fund further support from Full Circle. However, loot boxes are a type of in—game purchases that are frowned upon because of their random nature and similarity to gambling. Even if the contents of the loot boxes in the game are completely cosmetic, the use of this randomized microtransaction system in Skate is a wake–up call for many gamers.