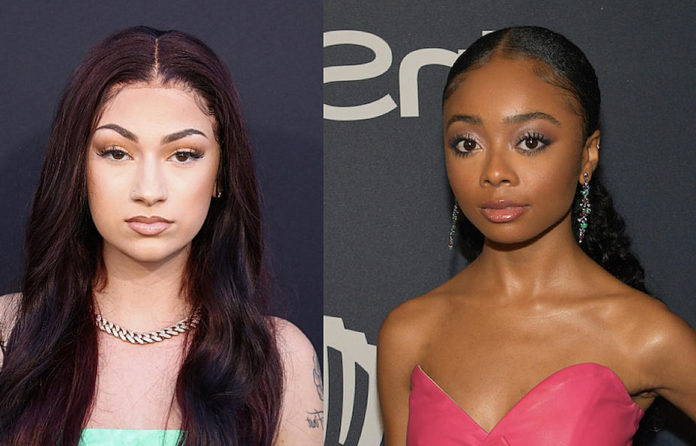 The American rapper Danielle Bregoli , better known by her stage name Bhad Bhabie, has caused a great drama in a short time , it all started when through her Instragram she said that Skai Jackson seemed to be obsessed with her, to the point of starting to flirt with any boy with whom she had been seen before.

Skai Jackson chose to ignore these comments and simply limited herself to blocking her from the aforementioned social network. This drama might stop there, but Bhad Bhabie continued to comment on the Disney star, prompting her to fight and saying she would kill her.

Skai seemed to know nothing of what was going on, or at least tried to act like this and heeded the ‘Kill them with kindness’ . She continued posting about how busy her agenda was listing the activities she has been doing, showing great pride in that, but also closed the publication with a ‘I don’t have time for negativity’

That only angered the rapper more, who manifested herself again with aggressions towards the actress. The tension increased when Skai’s mother took her Instagram account to stop, not knowing that her comment would do just the opposite.

With a comment that Skai’s mother left about a Bhad Bhabie post, she asked her to leave her daughter alone while saying she would send her an address or a phone number so she could have that conversation with her mother and not with she. Danielle’s mother returned the blow and an exchange of furious comments broke out.

Skai Jackson for her part went to request a restraining order because the threats of Bhad Bhabie have made her nervous , this order was immediately granted, however, it is likely that the attacks of the rapper continue as her attitude she has only shown an increase in her fury as this situation has developed.

Grey’s Anatomy: the cast meet to discuss the pandemic!