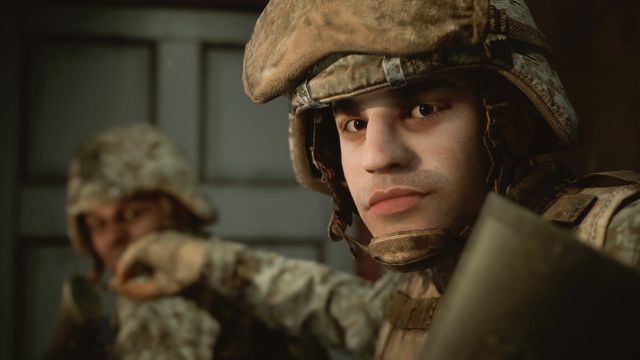 The Victura game developed by Highware Games, which is set in the Iraq War, will be released in 2021. Much has been said about Six Days in Fallujah, a game that was born a decade ago, but was canceled by Konami after it was the protagonist of several controversies over its theme. The years have passed and the project has been resurrected, which does not mean that the complaints have decreased. Victura and Highware Games have come across the same wall, to the point that they have issued several statements about it. Be that as it may, development continues and the studio has just presented the first video with gameplay, which you can see below these lines.

In addition, in another video distributed by Victura herself, it has been confirmed that the different maps will be generated produrally, so that each game will be different.

Six Days in Fallujah is a first-person shooter set in the Iraq War. The developers affirm that they intend to offer a realistic vision of what that episode in history was like, so they have had the participation of soldiers and civilians. However, not everyone is in the business of buying that argument. Some even accuse them of using the game as a recruiting tool. From Victura they have categorically denied it:

“The US government is not involved in the game and there are no plans to use it to recruit.” According to the video game question and answer page, the Iraqi marines, soldiers and civilians who have participated have participated as citizens, since “the game is independently financed.”

Peter Tamte, CEO of Victure, stated that they were not attempting to make a political comment on whether the war was a good idea or a bad idea. However, the company shared a message on social networks by which they admitted that “the events recreated in Six Days in Fallujah are inseparable from politics.”

Six Days in Fallujah will go on sale sometime in 2021, although a more specific date has yet to be finalized. It will be marketed on both consoles and PC.