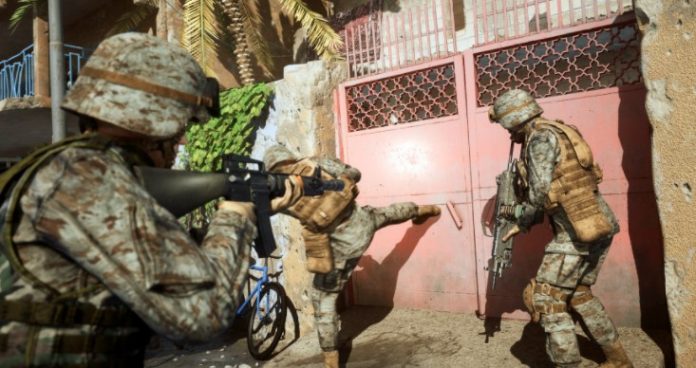 Six Days in Fallujah, the game about the Second Battle of Fallujah, has been delayed. Originally scheduled for release this year, the game will now be released in October or December of 2022.

Six Days in Fallujah to launch in 2022 as we double the size of our development team. Read more: >> https://t.co/xeNPof6Xo7 pic.twitter.com/M52Xs2XYqC

Peter Tamte, CEO of the game’s publisher, Victura, said in a post on the game’s website that the game was delayed because the team didn’t have the resources to properly tell their story. “It turned out that recreating these true stories in high quality would take more people, capital and time than we have,” said Tamte. “Doubling up our team is just one of the many things we’ve done to make sure Six Days in Fallujah gives military shooters new kinds of tactical and emotional depth.”

The game, which is in development “with the help of over 100 Marines, Soldiers and Iraqi civilians”, sparked controversy earlier this year when Tamte said the game was “not trying to make any political commentary”. That statement later came back with a Twitter post from Victura, saying the game was instead “inseparable from politics”.

Six Days in Fallujah also caused the initial broadcast deal to fail. Konami first signed on to publish the game in 2009, but gave up due to backlash against the game.

Politics aside, Six Days in Fallujah remains a controversial topic. Last April, a Muslim advocacy group called the Council on American-Islamic Relations asked companies with digital showcases like Valve, Microsoft, and Sony not to distribute copies of the game.

Could Valorant’s New Agent Be Turkish? Here is the New Information...