Home Entertainment Six Days in Fallujah: ask for its withdrawal for being “a simulator... 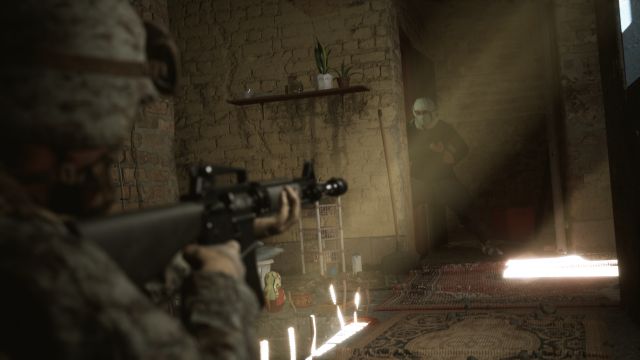 Six Days in Fallujah: This group that defends the rights of Muslims assures that the title glorifies the violence against this community.The controversy over Six Days in Fallujah is far from extinct. The game, canceled a decade ago by Konami, has returned to the forefront since it was announced that development had restarted, now under the Victura umbrella. Set during the Iraq War, there are many voices that have been raised against this production, as some consider that it directly attacks the Muslim community. In fact, an organization that works for the rights of this community in the United States (based in Washington) has requested the withdrawal of the video game from all online stores, while calling it “a simulator of killing Arabs.” .

“We call on Microsoft, Sony and Valve to ban from their platforms Six Days in Fallujah, a simulator of assassinating Arabs that will normalize violence against Muslims in North America and around the world,” said Huzaifa Shahbaz of CAIR Research and Advocacy in an official statement.

“The video game industry must stop dehumanizing Muslims. Games like Six Days in Fallujah only serve to glorify the violence that killed hundreds of Iraqi civilians. ” In her words, the title “justifies the Iraq War” and reinforces the anti-Muslim sentiment at a time when their lives are still “threatened.”

The truth is that after denying any connection with politics, Victura rectified and recognized a posteriori that “the events recreated” in the video game “are inseparable from politics.” According to the editor’s version, they aim to give voice to different perspectives. They defend that they have not only relied on the testimonies of war veterans, but have also chatted with civilian survivors. However, the criticism has not increased, quite the contrary.

Six Days in Fallujah will go on sale this year 2021 on consoles and PC, although no specific date has yet been revealed.

Watch Dogs: Legion Concludes Its Post-Launch Plan And Will Not Be...