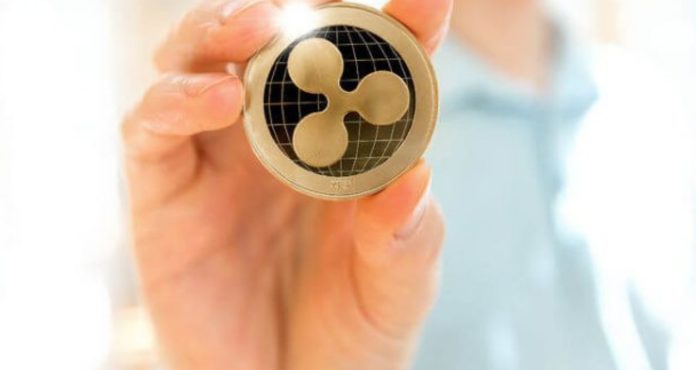 The significant amount of XRP tokens that Ripple puts into circulation affect the potential of altcoin. Despite Ripple’s good efforts to speed up the adoption of XRP, the number three altcoin is stuck in a new downtrend.

High Circulating XRP Levels
A recent Messari report revealed that XRP was one of the worst performing cryptocurrencies in the first quarter of 2020. Although Ripple has been committed to being “disciplined, responsible stakeholders” recently, it seems that the $ 1.2 billion XRP value sold since 2016 has jeopardized the token’s top potential. 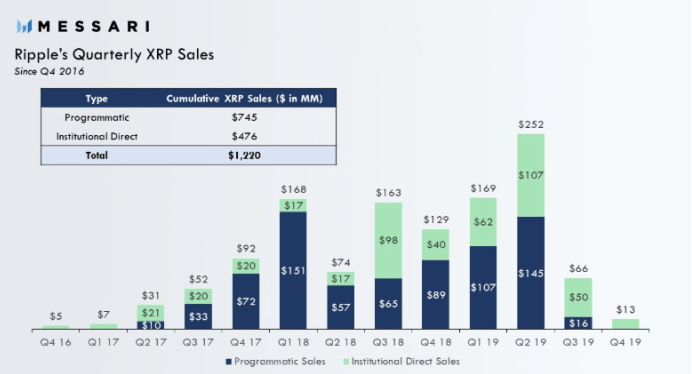 The cross-border remittances token opened the year at about $ 0.19, rising to $ 0.35 in mid-February. However, XRP dropped by 70% on Black Thursday (March 12), the price of which has reached levels not seen since May 2017. After the crash, XRP ended the first quarter with a 10% negative return.

Despite Ripple’s significant partnerships to expand adoption of the liquidity solution on demand, altcoin still performs poorly. As the interest in XRP seems to be decreasing, many investors are wondering if the second quarter price will continue to reach low levels.

Downtrend May Continue
From a long-term perspective, XRP has been trading downward since it reached the all-time high of $ 3.5 in January 2018. Since then, it has reached a number of low and low high levels. 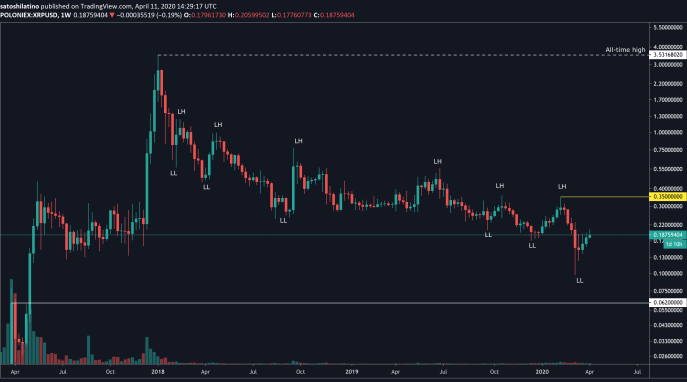 A bullish trend that would allow the cross-border remittance to reach the highest level reached on February 15 above $ 0.35 can be considered the beginning of a new bullish trend. Until this happens, the downtrend will continue.

Technical Status in XRP
Meanwhile, XRP seems to break from a rising wedge pattern. This technical formation has evolved as a direct result of the price movement over the past few weeks. One trendline connects the corresponding highs, while the other combines the lows. 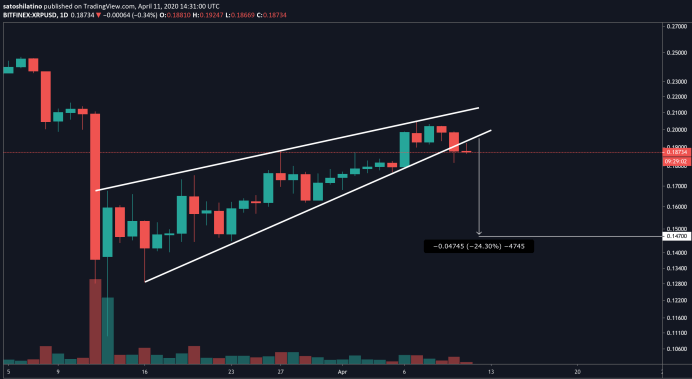 So since the popular altcoin fell below the low trendline, it could drop another 24% to fall to a target of $ 0.15. This target is determined by measuring the wedge height at its thickest point and adding this distance to the rupture point.

XRP Improvements
After filling the market with tokens, Ripple significantly reduced the amount of XRP sold from quarter to quarter. The company sold $ 13 million in XRP in the fourth quarter of 2019. This amount fell 80 percent compared to the previous quarter.

These efforts seem in vain, since Ripple cannot change the course of this cryptocurrency. XRP continues to build a series of low lows without leaving the downtrend that started in early 2018.

An ongoing lawsuit about whether XRP is a security and Ripple’s CEO Brad Garlinghouse shows investors the negative potential of this token, stating that it will not be profitable or cash flow positive without selling this token.

The Most Tangible Development Indicating the Continuation of Related Studies With...

Lele Pons wins the most precious and loses it in a...