Home Celebrity Situations where BTS was in danger 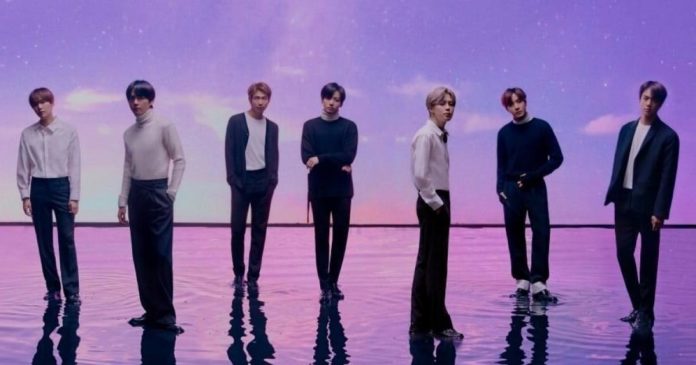 Situations where BTS was in danger. The Bantang Boys have had to deal with these embarrassing moments. The boys of BTS are one of the bands that have managed to build a great career despite their youth.

The group of Big Hit Entertainment has gone through different videos throughout their lives, from their career that has made them very strong and reinforced their personality , each of the members of the group has known how to keep their feet on the ground .

Unfortunately, many times people forget that they are also human beings and have seen themselves at different times when they have experienced fear firsthand, whether by fans, haters, even other idols, by accident or by purpose.

The guys at BTS have been on the brink of danger many times, which is why here are some of the moments where their lives have been put at risk .

Jin at the Idol Star Athletics Championships
During this annual competition, in its 2016 edition, in the soccer category, the group’s hyung was injured .

After being hit with the elbow at the level of the nose, by one of his opponents, Jin began to bleed heavily, which caused him to leave the game and that many fans worried , ensuring that this competition was a danger to idols who contested the championship in each sport.

Quickly, paramedics gave him first aid , reviewed him and returned to his home to rest a little, after this incident, Jin posted a photo commenting that he was fine and that he had not suffered a major injury.

Jungkook in Santiago de Chile
Because of their time in Latin America, with their 2017 tour , BTS went to the country of Chile , where hundreds of fans enjoyed the concert , but something left them worried and very dismayed.

At the end of the show, Jungkook was passed , which left shocked at all at that time did not know fans do to support their idol.

He was required to give him first aid, air by means of a pump and he was laid low to the ground to know what was wrong with him, Big Hit, later he went out to report that it was all because the idol had demanded physically a lot on stage.

The members came from giving several dates in a row, since there were no spaces between shows and shows, the members of the band indulged in each presentation , that fatigue seized the body of the young Jungkook .

Jimin is threatened
During one of his tours of the United States in 2017, a Twitter user threatened to attempt against Jimin’s life if the group made its show in the state of California .

The police were informed of this fact, since they did not want anyone to risk the publication of this person, extreme precautions were taken, since the insults towards the BTS dancer did not stop.

All ARMY began to spread the information, emphasizing that if they saw someone suspicious, they would report it to the authorities, the hashtag # ARMYSWillProtectJimin became a trend.

Although the agency and the group did not issue any position, the power of the fandom was seen in this problem, demonstrating that the boys of BTS have someone to defend them.

Despite being in a very distant and dark part, the fans quickly became aware of the presence of these idols in the venue and everything got out of control, because from just taking photos and videos, the fans approached the area where there was the actor and the idols , they took photos with them.

The discomfort and fear was seen in the stars, who took advantage of one of the last Big Bang dates together, before the military enlistment.

Things fly across the stage
During the last concert that BTS offered in the city of Chicago , in the United States, the boys who were on stage when they were subjected to different blows by the fans who released articles.

The group leader, RM , realizing what was happening, stopped a bit of singing to ask AMRY to stop throwing gifts for the members as they were hurting them .

He also thanked everyone who was there supporting them in each of the activities, but I can’t stand to see the members of BTS suffer blows by accident from fans on various occasions .

Billie Eilish thinks she had a bad presentation at the 2020...