Home Entertainment SISTAR Wouldn’t Exist Without Hyolyn As The Main Vocalist? That’s What The... 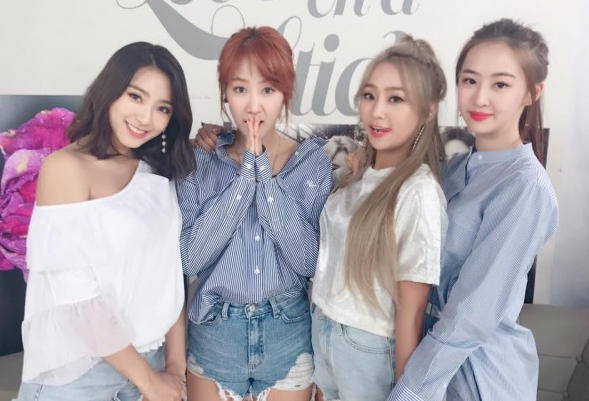 In a recent episode of “Daebak Show with Eric Nam”, Hyolyn shared his opinion that there would be no SISTAR without her as the main vocalist.

SISTAR wouldn’t exist without Hyolyn as the main vocalist? That’s what the Idol thinks

One of the legendary female groups that K-pop fans will not forget, of course, is SISTAR, which is called the “Queens of Summer” because of their numerous summer hits, such as “Shake It”, “Touch My Body”, “Give It to Me”, “Summer Time”, etc.

Despite the fact that they have disbanded, their tracks remain popular among fans, especially during the summer season, and the members still receive love and support from STAR1 (SISTAR fan club).

In July of this year, SISTAR reunited on the album “Yoo Hee Yeol’s Sketchbook” five years after their disbandment in 2017. They performed their hits “Touch My Body”, “Shake It”, “Loving U” and “Alone”. .”

As with most k-pop bands, former SISTAR members have also been given certain positions. In particular, Hyolyn was the leader, the main vocalist and the face of the group, Bora was the main rapper and the main dancer, Soy was the lead vocalist, and Das was the visual and makne.

In the 4th episode of “The Debak Show with Eric Nam” (Season 2), Hyolyn was asked if SISTAR would exist without her as the main vocalist.

Towards the middle of the episode, Eric Nam and Hyolyn played a game called “True or False”, in which the soloist had to confirm or refute the statement. This is done in order to test the difference between the public’s views on her and the real Herin.

The first statement was: “As the main vocalist of Hyolyn, without me there would be no SISTAR today.”

The idol girl immediately replied: “Lies.” Then Eric asked us: “What would happen to SISTAR without Hyolyn?”

In response , the soloist explained: “For 12 years I had the same opinion about SISTAR. And I share this with my participants. The company that made SISTAR’s debut possible, and four participants. I always say that if the agency and the four participants had not met, there would have been no SISTAR.”

Hyolyn continued, “If there is not at least one of them, SISTAR will not be at all. I always thought that SISTAR was made possible by the meeting of the company and four participants. So I’m sure “False” is the right answer.”

The idol girl certainly made her statement clear, as any idol group wouldn’t exist if there wasn’t one member and if the agency wasn’t involved.

What can you say about the statements of the former SISTAR Hyolyn? Let us know your opinion in the comment box below!

On July 18, Hyolyn returned with her third EP “Ice”, which was her first release after participating in Mnet’s “Queendom 2”. The album includes the title song “NO THANKS”, a hip-hop dance track mixed with R&B.

“NO, THANK YOU” defines the feeling of composure, repelling lovers, but sometimes hungry for love, cold as ice, but able to melt instantly.

Watch Hyolyn’s “NO THANKS” music video below:

Kingdom Hearts: 8 important events that took place on the Dark...

Welcome to Plattville: What Barry should Do to Help His Marriage...