Home Entertainment Simulate how it will look in The Last of Us Part 2:... 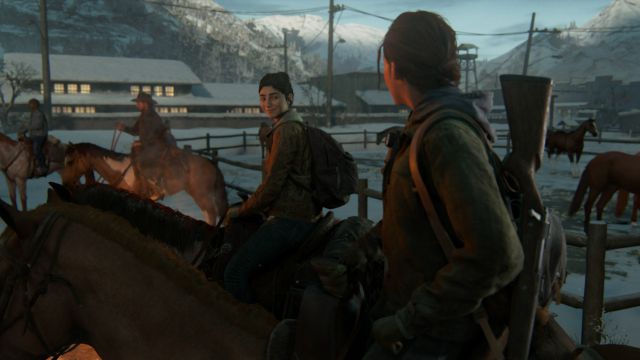 The Naughty Dog title can be enjoyed on the next-gen console through backward compatibility, but without visual enhancements. Ghost of Tsushima, Ratchet and Clank and Days Gone have been some of the Sony games that have received an improved version on PS5, but interestingly, one of the biggest hits from the previous console has yet to receive this treatment. This is The Last of Us Part 2, Naughty Dog’s most recent work. The YouTube user The Bit Analyst usually makes graphical comparisons between versions of different consoles, but this time he imagines a hypothetical version for PlayStation at 60 fps and with better resolution.

At the beginning of the video, the youtuber made it clear how he created the montage, which you can see below these lines. “The following video has been made using various scaling programs by I.A. and editing to achieve simulated results at 2160p / 60 fps on PlayStation 5 ”. In this way, we can get an idea of ​​an approximation of what the graphics would be like in the new generation.

The future of the saga

Officially there is nothing confirmed about a possible new title in the series, although HBO is working on a television series based on the story of Ellie and Joel. Announced months ago, it has not yet been revealed when production will begin, although the Directors Guild of Canada has anticipated that it will be in June. Be that as it may, Naughty Dog is working on new projects that are still in the shadows, among which is the independent multiplayer mode of The Last of Us Part 2. Jason Schreier, a Bloomberg journalist, also announced that there is a remake of the first game in the bedroom.

The Last of Us Part 2 went on sale last June as one of the last great PS4 exclusives. Still, Sony hasn’t shelved the console stage yet, as you’ll still be enjoying Horizon Forbidden West.

Ironheart: Character To Debut on MCU in Black Panther 2

Godfall: Challenger Edition Will Also Be Sold Separately; Everything That Includes