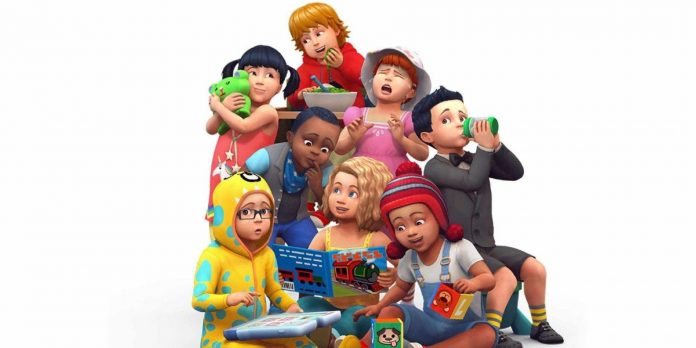 As The Sims 4 approaches the age of ten, there are probably a lot of avid gamers who think they’ve seen everything there is to see in the game. However, it is possible that strange quirks will appear in the game, for example, when one player discovered that his Sims 4 child’s head was missing and replaced with a giant mailbox.

It took a couple of years before toddlers were added to The Sims 4, and most players were happy to see the returning life stage from previous games again. This particular problem is not directly related to the age of the sim, but adds extra fun to the scene.

A Reddit user and a Sims 4 player Voldarian_Empire visited the site to share a strange moment that happened in their game. According to Voldarian_Empire, they had no idea how it happened, but their baby was now walking around the house with a giant mailbox, a base and everything else replacing the baby’s head. The attached video shows the problem in action, and the child’s body is clearly visible under the mailbox. However, for some reason the mailbox is huge, easily surpassing the height of the first floor of the house.

While it would be strange to see under any circumstances, it’s especially funny with a toddler. Since the kids stagger a little when walking, the mailbox frantically turns from side to side, back and forth. Fortunately for Voldarian_Empire, other players were able to point out the cause and solution of the problem in the comments, so they weren’t stuck with a strange kid with a mailbox head wandering around their house.

It may seem like anything, but in fact this mistake is easy to make in The Sims 4. The Sims 4 allows players to use cheats by typing “testingcheats true” in the game console. After that, an external mailbox is often used to access a number of cheats that can be useful in the game. However, there is also a problem here. After the cheats are active, players have the option to select “Set as Head”, which automatically replaces the head of the currently active Sim with the selected object.

Commentators were quite amused by this scene, and some admitted that they never knew what this particular team was doing and were afraid to try it. Fortunately, disabling this particular phenomenon is as simple as pressing the Shift key on the affected Sim and choosing to reset them. This should return the sim to the default state, returning the gameplay to its normal state. This is definitely one of the weird cheats available in the game, but fortunately it doesn’t have a long-term effect on gameplay, so those who haven’t done it yet can try it out to have a laugh.

The Sims 4 is already available for Mac, PC, PS4 and Xbox One.