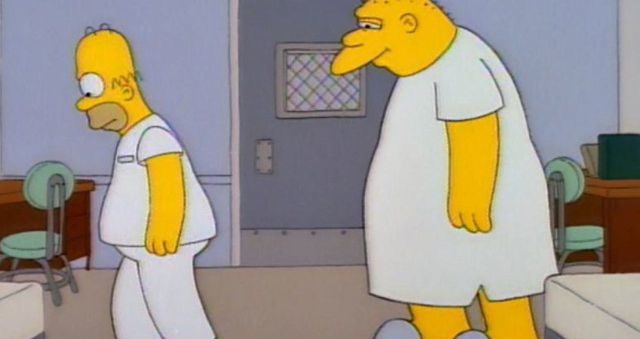 But what they did not predict was that they would veto Michael Jackson more than two decades after he was one of the most important guests of the first seasons of the series. The entertainment producer decided years ago that it would never broadcast that chapter again and the new streaming platform Disney + has just shown its ‘Simpsonian’ catalog making the same decision.

Stark Raving Dad (in Spain Dad, crazy to tie) was the first episode of the third season of The Simpsons. The King of Pop participated as Leon Kompowsky, a man with whom Homer Simpson shares a room in the mental sanitarium where he is locked up after wearing a pink T-shirt to work.

The funny thing is that Michael Jackson never got to lend his voice to the character of Leon. Everything was prepared for a stellar appearance of MJ with his consent. However, Sony refused to let Jackson lend his voice to the episode so the soloist had to find out who would dub and sing the song he had composed and that Bart gives Lisa: Happy Birthday Lisa.

It was the second time he had to back down. Michael Jackson had recorded with Bryan Loren in 1990 the song Do the bartman that would be released by Geffen, Sony’s rival at that time. To avoid the prohibition of the label of the King of Pop, his participation was ignored by attributing his authorship to the other composer and looking for a double of the singer for his voice, Kipp Lennon. Almost 30 years later, Matt Groening confirmed that Michael Jackson did compose and sang this song.

See Also
The Simpsons had planned all of 2020 in one episode!

The third season starts like this in the second episode and has one less chapter on all the streaming platforms on which it is available. For now, Fox has not decided what they will do with the rest of Michael Jackson’s appearances at various times in the rest of the series. Does anyone dare to predict it?