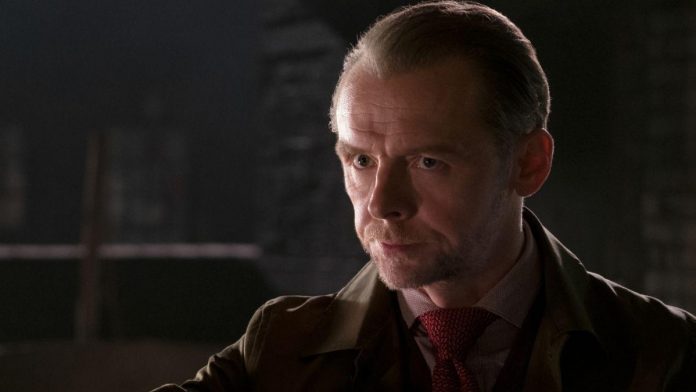 When Simon Pegg and company signed up for two Mission Impossible films one after the other, they knew, of course, that they were going to have a long shoot, but no one had the slightest idea how long it would last. Due to the global pandemic, filming of what we now know as Mission Impossible — Payback for Death — Part One was significantly delayed, and when it finally began, it took place in accordance with new health and safety protocols. During production, we learned that Tom Cruise took these protocols very seriously, and now Pegg talks about the reaction to Cruz’s rant no less than about the statement itself.

During the early production of what was then simply known as Mission Impossible 7, an audio recording of Tom Cruise on set leaked, which showed the actor getting quite angry at some members of the crew who apparently didn’t follow the required Covid protocols. Speaking to SiriusXM, Simon Pegg found the whole thing quite interesting because the audio was probably leaked by someone who was trying to portray Tom Cruise in a negative light, and that’s not exactly true. result. Pegg explained…

Well, it was interesting because they released this audio recording as something like “Fuck you to That.” And in fact, everyone was saying “fair enough.” He sort of stood up for the other people he hired. You know, he had a big old one [so in the original], but basically what he was saying was right. It was interesting.

Although, of course, there were voices criticizing Tom Cruise for how he solved the problem, as a producer of the “Mission Impossible” franchise, the team technically works for him, there were also many voices who spoke out in support of Cruz. From the very beginning of the pandemic, there was a feeling that too many people did not take it seriously enough, and hearing that Cruz certainly applauded a considerable number of people. Cruz himself never tried to distance himself from what he was saying.

Of course, the COVID protocols certainly affected the production of the two Mission Impossible films. Filming of the seventh part was stopped more than once due to positive tests on the set, and filming simply went much slower than we are used to seeing, due to the need for quarantine while traveling between countries, among other requirements. As a result, it took basically a year to shoot the first of the two Mission Impossible films, and, according to Simon Pegg, the eighth part will take the same amount of time. He continues…

I’m a franchise whore. I’m not going to be. It just happened that way. It is and it is not a [cute concert]. You subscribe to things like Mission Impossible, we’ve been shooting it since September 2020. Obviously, the pandemic has affected the filming a lot, but we’re holding on, and it’s going to be amazing. We do two, back to back. So now I’m in eighth place until October next year. You’re kind of stuck with it, and as fun as it sounds, it can get a little tedious.

Mission: Impossible — Dead Reckoning — Part One is now due to open in about a year, in July 2023, and the second part at the end of June 2024. This first release date seems likely, given that the shooting of the first film is completed. Since additional delays are certainly possible for the second one, we’ll have to wait and see.

Lupine Vs Sherlock Holmes: Who Wins The Detective Clash?