Home Sport Simeone gets 300 as Cruyff; for the record of Luis and Munoz 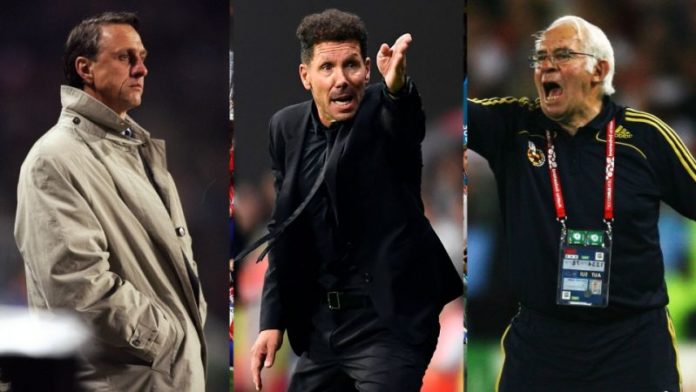 Simeone will live a special day at Sanchez Pizjuan, the stadium that saw him debut in Spain and where he looks for a round anniversary in the form of victory. The Cholo will sit for 300th time on the bench of Atletico de Madrid to add a figure as great as it is difficult.

This equals Johan Cruyff, another myth of the League, who ran 300 times on the bench of Barcelona and who ranks fourth in the ranking of more games in front of the same team. But to assess its merit, the Argentina accumulates six more victories than the Dutch won at the head of the glorious Dream Team.

Toshack, with 322 matches (although it is true that in three different stages), completes a unique podium that features Luis Aragones who added 407 games at the head of Atletico de Madrid (in four different stages) and Miguel Muñoz, absolute king with 424 duels leading to Real Madrid in two stages.

If nothing gets distorted (which would be a big surprise) Simeone will beat Cruyff and Toshack this season and end up adding 326.

If he meets his last renewal he will remain on the edge of being the king
But Cholo wants more and after his last renovation until 2021 he could reach 402 games in front of the same bench, a figure that would leave him at the gates of beating another historic rojiblanco like Luis and consider another year to end the throne from Muñoz. Another very different thing is the number of victories since there are only nine left to beat Luis despite having played 100 fewer games.

Away from the ranking of matches leading any team in the League
It is still far from the Top10 of coaches with more games in First, regardless of the team he has directed. A ranking that dominates Luis Aragones with 757 meetings ahead of Irureta with 612 and Miguel Munoz who added 608.

But Simeone is still young (he is only 49 years old) and to give an example Luis completed his last season at the head of a team of First at 66 years. Time has to continue adding meetings and entering a little more in the history of Spanish football.

RGIII will be in the “NFL Countdown”: Fan reaction