Home Sport Simeone : “We are fortunate to have the best fans in Spain” 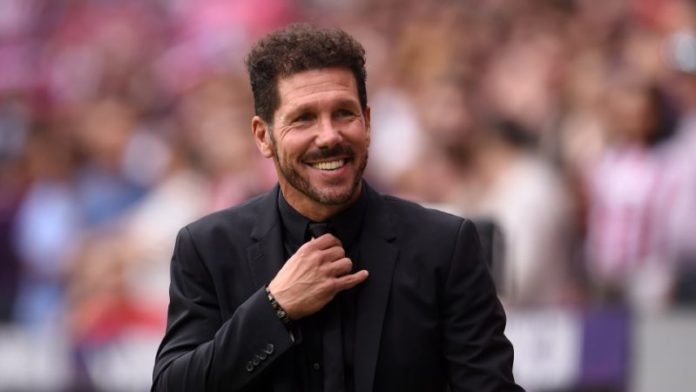 Diego Pablo Simeone appeared before the media before Atlético de Madrid-Athletic Club de Liga and left several messages regarding the division in terms of applause and whistles in the match against Bayer Leverkusen in the Champions League.

“We are fortunate to have the best fans in Spain, so they told me 180,000 people came to the stadium, one day happier, others less. We have to strive for some better situation and for that we work. So that we have the happiness of going to see Atlético de Madrid and we are all together in the needs to continue competing ”.

Simeone confirmed that he was also called as a player and explains what he felt.

“I have been beaten, in Calderón I remember some important game on my return. They whistled me just because I was not doing a good game. People are spontaneous and transmit what they see and what they feel and want to overcome that situation they lived. Inviting be all together, because this is about soccer players, leaders, coaches and fans. ”

Message to Koke
“Koke is a player who occupies too many places since football and I tell him that we have to focus more on what he has to do. He wants to solve situations that happen in other sectors of the field are not solvable. Because he has the tactical ability he has, he generates more than he has to do. But in the end it ends up wearing a lot of responsibility that must be shared. Surely he will continue to be very good at what he does. ”

Form state of Costa and Morata
“Costa and Morata are soccer players who know they can go through these periods, luckily Álvaro and Diego scored in the previous matches. The moments of anxiety and hierarchy must transmit it within the field. We work so that the whole team can score and it is not only they who must score. ”

Lack of creativity
“I think we need to be more practical not to have more creativity. When you know what you are playing and go to it you are closer. Creativity is good, but practicality is better. ”

Asked by Raúl García, former Atlético and rival in the next League match, Simeone said that “I didn’t put a video of Raúl García on them, but I’m sure they know him well. All the time he was in Atlético, he left his soul and left his best. He got a reward. In Bilbao it is very important for your team. ”

On the revolvers that leave the bench and if Costa could be next to stay in the bank as it happened with Morata, Simeone was clear.

“They are not the search for such situations. Before Valencia he made one of the best matches of the tournament. The match against Leverkusen was complicated, the one that ran the most in the Champions League and the team is still looking to improve their strengths. Everything else will appear. ”