Home Sport Simeone: “He who considers that ‘transition’ is sunbathing does not know me” 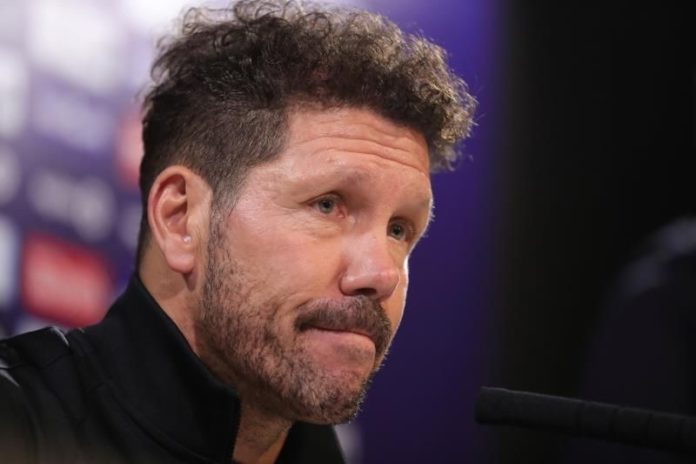 Diego Simeone, coach of Atlético de Madrid, said Thursday that “he who believes that the word transition”, which he used after 0-1 with Barcelona, ​​means “sunbathing and waiting for the flowers to come out alone” do not know him and reviewed that every year it has been said that the team “was not” with him.

“I may have a bad Spanish and the words can be confused. As I am Argentine, I try to reproduce what I think and some word wrongly explained in Spanish can be misunderstood for those who want to misinterpret it. When I talk about transition, I talk about a guy from 21 years as Lodi who is arriving and a player like Filipe who left with 34 … “, he said.

“The one who considers that the word transition involves sunbathing and waiting all year for the flowers to come out alone, I have been eight years as a coach and five as a player (in Atlético) and all those who think that sincerely do not know me, because the who knows me knows very well where I want to go. And whoever wants to misinterpret it, welcomes the interpretation badly so I can explain it as I am explaining it now and hopefully this time is clearer, “he emphasized.

Explained that statement after Sunday’s defeat against Barcelona, ​​he was also asked for another phrase of that day, when he said he was not worried about the distance of six points from Barcelona and Real Madrid and the five from Sevilla. “We look at the one we have closest,” he said Thursday.

“You always have to look at the one closest to you. It is the only way to approach possible teams that are farther away. It’s a logical thing. You don’t have to think much,” said Simeone, who remarked: “Our goal is always to compete game after game. And we are not going to change. Consequently, how you work game after game you will meet the most important goals.

“Since the eight years that I am (at Atlético) they have said in all the years that the group was not with me in the middle of the season, that the players were angry inside the locker room … It has always happened. From the side that I have always I had, patience, a lot of energy and security in what I think. Then we can win, lose, because this is football, but absolutely convinced of what I want for my team, because I know the players, “he said.

Simeone assumes the requirement that Atlético has. He considers it “normal.” “The responsibility I have is a lot. I take it from the place that touches me and I share it with the players, with the club, with the people who work in the locker room and with all the people employed in the club. We all have responsibility. Mine it is important, you have to assume it and within it look for the best solutions so that everything returns to naturalness, which is to win. When you win, you always see everything absolutely better, “he said.

Simeone has not encountered this season “with situations that could not happen” and noted that his team has had in the last three clashes “the regularity” that he had not had “previously.” “In these last matches, the team has responded in the 90 minutes to a fairly stable game,” added the coach.

“(Of the match against Barcelona) I keep the first 30 minutes, which were the best we have played against Barcelona since I was. The result did not accompany the team’s game, but they are situations that can happen in the face of non-forcefulness “, he reviewed while focusing on Villarreal:” A great rival, with an offensive game that numbers speak for themselves. “