Home Entertainment Sigourney Weaver from Avatar told why her new role in the sequel... 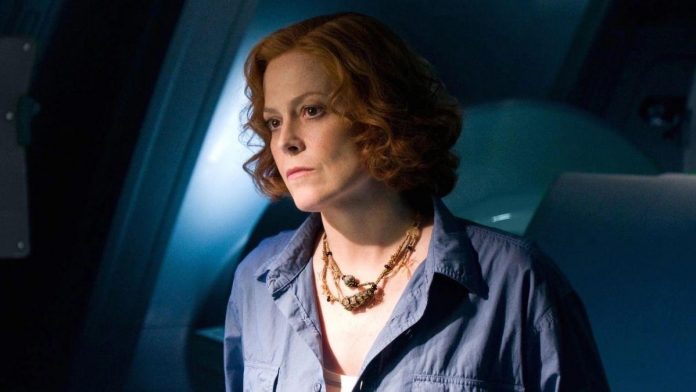 The long-awaited sequel to the 2009 box office Avatar is finally due out in December. Very little information about the new film has been revealed, but most of the original cast is set to return, including Sam Worthington, Zoe Saldanha and, of course, legendary actress Sigourney Weaver. The film is known for its highly stylized use of computer graphics, but according to Weaver, it wasn’t just the graphics that made her role so difficult this time.

In an interview with Interview Magazine, the star of “Alien” said that her character makes several creative turns in “Avatar: The Way of Water”, since in the sequel she plays a child Na’vi. And she is grateful for the opportunity to continue such a role. She also thanks director James Cameron for his openness, saying:

So I can’t talk about “Avatar”, but I would say that this is the biggest challenge that I have to play in all possible ways. I think if Jim Cameron didn’t know me really well, he wouldn’t have called me such an idiot. I had to work in a completely different way to play this character, very physically.

To say that Cameron and Weaver know each other well would be an understatement. The duo has been working together since 1986, when Cameron directed the sequel to Ridley Scott’s space opera Alien called Aliens. She collaborated with Cameron again in Avatar and signed a contract to participate in subsequent films of the franchise. In addition, she voiced the Disney+ nature documentary “Secrets of Whales”, which was executive produced by Cameron.

“Avatar” currently holds the record for the highest-grossing films of all time, so the sequel has something to do. Many wonder why the film took more than 10 years to create a sequel, and blame Cameron’s standards on technology. Avatar 2 was a difficult movie to shoot. Sam Worthington found that difficulties arose due to the limitations of motion capture technology when he was faced with long-term filming in the water (which Cameron seems to insist on often). In addition, the COVID-19 pandemic has led to a number of delays affecting almost every movie in Hollywood.

While Weaver waited for technology to catch up with James Cameron’s vision, she was very busy. The actress recently returned to another old hideout, reprising her role as Dana Barrett in the 2021 film Ghostbusters: The Afterlife. She is also involved in the development of the Galaxy Quest sequel, which is reportedly in development. Fans are holding their breath, waiting to see if she will appear as Ellen Ripley in the new movie “Alien” for Hulu, but nothing has been reported about her participation.

Obviously, there are a lot of mysteries when it comes to “Avatar” and subsequent sequels that are in development, but we’ll have to wait until December 16, 2022, when “Avatar: The Way of Water” will be released. theaters. For more information about the films that will be released in theaters later this year, check out our 2022 movie release schedule.

The prisoner rescue mode of Call of Duty: Modern Warfare 2...