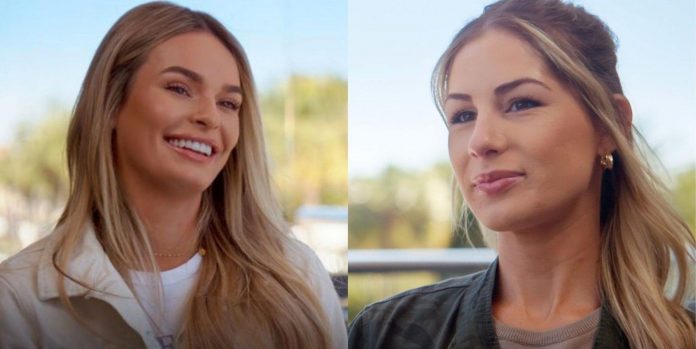 Juliette Porter moved to Miami and lives with her friend and partner in the film Siesta Key Lexi Salameh. Season 4b, which ended last week, showed the collapse of Juliet’s relationship with Sam Logan, which began with Juliet wanting to move out of billionaire Sam’s mansion into her own apartment. It was difficult for the reality TV star to focus on herself and create her own line of swimwear JMP The Label, living with her boyfriend and his constant parties. Juliette decided that it was better for her to live alone, and this choice was justified, since her company was successful and was even featured in Sports Illustrated.

The Siesta Key star has since moved to Miami with the rest of the cast, which led fans to believe that the MTV reality show will change the scene in the fifth season. Although she tried to mend her relationship with Sam during season 4b, she eventually decided to end it and started dating Clark Drum, with whom she is still together. Lexi is currently dating Mike Vasquez, whom fans dislike the most due to the fact that he does not respect Juliet in the series. His behavior made fans question Lexi’s loyalty, as she tends to sit back and let her boyfriend scold Juliet.

However, Juliette and Lexi’s friendship has remained strong, and they currently share a room together. In an Instagram story, Juliette said that she and Lexi live together. The owner of a swimwear company shared a photo of Lexi in the sauna and signed it: “Lexi and I are neighbors again, which means that sauna dates are back.” Juliet’s Instagram story appeared after she officially confirmed that she was moving to Miami, the city where her boyfriend is from.

Juliette previously lived with co-star Siesta Key and former best friend Kelsey Owens before moving in with Sam at the end of season 4a. The decision was important, and Juliet thought about it for a long time. Even though she has become more serious with Clark, it seems she doesn’t want to make the same mistake as last time and prefers to live with her best friend for now. Brandon Gomez was the first to announce his move to Miami, prompting initial rumors of a location change.

Living with Lexi is probably the best choice for Juliet, as she saw what happened last time when she moved in with her soulmate too soon. Although it is confirmed that their home is in Miami, there is still no news about where the show will take place next season. Despite the lack of confirmation, fans are confident that Miami will become a new venue. In any case, Siesta Key is likely to showcase Juliet’s new home arrangement, a dramatic change from when she lived with Sam.