Home Celebrity Showrunner talks about the production process of season 3 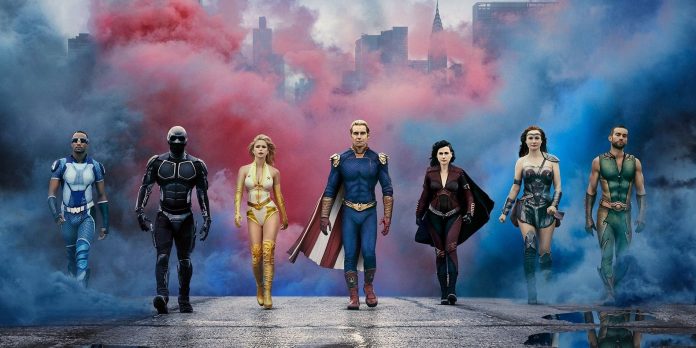 Showrunner Eric Kripke told us a bit about the show’s production process. When you consider the content of the Amazon Prime VIdeo adaptation of The Boys, which includes quite controversial elements from Nazis, scams, exploding heads and things next to corpses it is better not to mention perhaps two words that you do not consider when describing something like that are fun and cheerful.

This is exactly how executive producer and showrunner Eric Kripke has described the writing process for the upcoming third season of The Boys. On the other hand, all we know about the next batch of episodes is that it will feature Jensen Ackles as a super named Soldier Boy who has been singled out for being worse than Homelander, which could bring even bigger surprises.

“What has worried me about season 3 is that it has become very fun and joyful to write again,” confessed Kripke.

In turn, the showrunner claims to be concerned since he feels more pleasant than usual so he should reconsider things to do an intense and deep introspection on it because he knows very well that each season of The Boys becomes a constant challenge of improvement because there are times when all the ideas you have to explore have already been explored.

“So, you have to start going to some of the areas that at first you might not have thought to go in those stories, they are always a little harder to make feel as big and fascinating as the things you touched at the beginning, like this which is a challenge “revealed the showrunner.

Eventually Kripke also compared the breeze it felt like writing the new season to how it feels when they are wrapping up an episode for the show, noting that he always wishes he had more time on editing.

Likewise, The Boys showrunner opened up a bit more by telling us that when he was telling someone in his post office the other day that when he finally approves of a cut, like the visual effects shot, it feels like a defeat for him due to the constant pressure of having to admit that they don’t have more time or money so they just won’t get better.

“So nothing makes me happier to say than ‘Oh I got a ton of grades, go improve it, buddy.’ I’m not the type to say, ‘it’s over and I’m happy,’ I just say, ‘yeah man I wish I had another month for everything.’

However, Kripke has plenty of time thanks to the eventual premiere of the third season, as production will begin in the first part of 2021. Both seasons of The Boys now air on Amazon Prime Video.

Is Stray Kids Seungmin afraid of love? This think about relationships