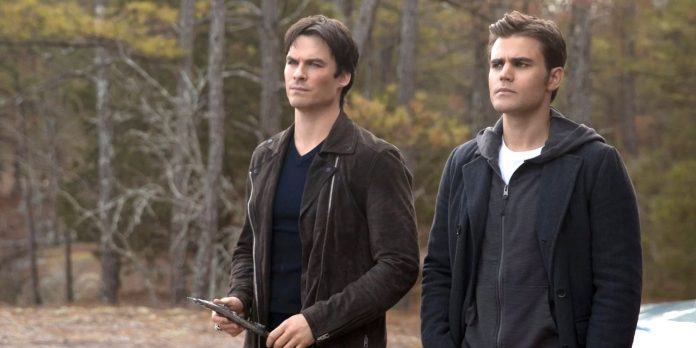 The CW ran until 2017 the hit fictional series The Vampire Diaries, which culminated after the broadcast of season 8, which left fans asking for more.

The Vampire Diaries was one of the most successful series during the 8 seasons that it aired. Since the series ended, fans are looking forward to a reboot with an upcoming installment.

In this regard, during a recent interview with Andy Cohen, Ian Somerhalder who played Damon Salvatore in The Vampire Diaries, addressed the rumors about the reboot of the series when asked about a season 9 and if it was true that everything depended on him and Nina Dobrev. This the actor replied:

“I haven’t heard anything about a [ninth season]. I don’t think it’s worth it because Damon and Elena finished the series finale as humans.”

Somerhalder said The Vampire Diaries is still alive due to airing all over the world. This added who played Damon on the show:

It turns out that on social media a fan of The Vampire Diaries asked the showrunner and executive producer of the series if there would be more episodes, to which she responded to clarify doubts related to the reboot rumor. This was said by Julie Plec in the tweeter:

Although The Vampire Diaries does not return to the screen, fans are enjoying the spinoff series Legacies which is currently airing its third season and which follows Klaus and Hailey’s daughter Hope, as well as Alaric and Caroline’s daughters Lizzie. and Josie, as they navigate a world full of monsters.