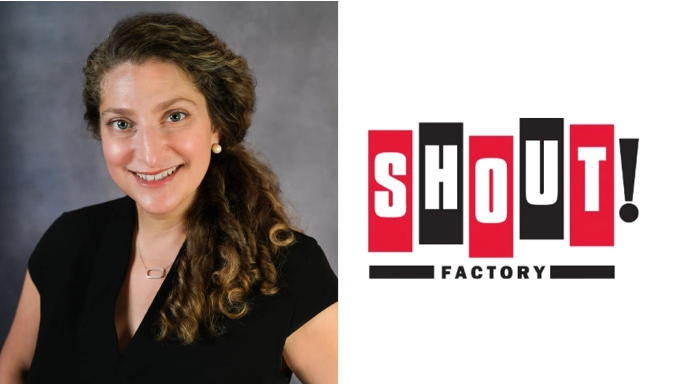 EXCLUSIVE: Shout! Factory promoted Julie Dansker to senior vice president of streaming and content strategy. She was the head of new content sales at a multiplatform distribution, development and production company for films and TV shows.

In his new role, Dansker will lead Shout’s strategy in the field of streaming, licensing, sales and distribution of content, and will also control the licensing and monetization of the content of films and series on global platforms SVOD, AVOD, pay and free television, as well as non-cinema partners. She will also try to optimize the content of Shout! and the distribution of the FAST channel.

In addition to expanding the company’s streaming and distribution business, Dansker will continue to collaborate with the acquisition team to identify and develop its new content for feature films, TV series and podcasts, as well as for its library and intellectual property acquisition. The Executive Director will also continue to develop theatrical strategies, working with marketing and PR teams to create effective campaigns.

She will continue to report to the CEO of Shout! To Garson Foos and Jin Pao, Executive Vice President of Strategy and Digital Technologies.

“Julie has excelled in her role as the head of our new film licensing initiative,” Foos said. “She has helped support the acquisition of new films and development through her strong relationships with streaming platforms and broadcasters. Recently, she also headed the AVOD and FAST sales department and expanded this business. Her high level of sales skills and top-level relationships have helped us reach great heights in the world of new content. All this, as well as her strong leadership qualities, made her an invaluable leader of Shout!”

Since joining Shout! Factory in 2020, Dansker oversaw the strategy and sales of new content and collaborated with the acquisition team to acquire and distribute new cutting-edge games, leveraging her strong relationships with major streaming services and digital channels, as well as leading Shout’s efforts in original production. Recently, she has worked on films such as Tim Blake Nelson’s western “Old Henry”, which premiered at the Venice Film Festival, as well as the recent SXSW pickup “Linoleum” starring Jim Gaffigan and Rhea Seahorn.

Before the scream! Factory, Dansker worked as vice president of sales and marketing at The Orchard, where she oversaw distribution and content strategy, becoming director of revenue when the new owner rebranded the company 1091. Prior to The Orchard, Dansker managed global digital sales at MGM Studios, and before that worked in development at Spyglass Entertainment and New Line Cinema.