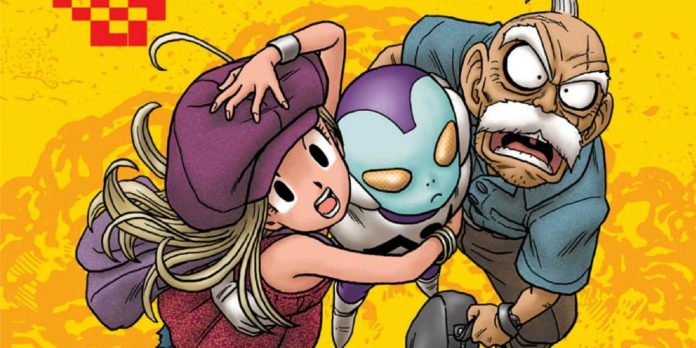 When Dragon Ball Z: Resurrection ‘F’ came out in 2015, many fans of Dragon Ball were exposed to a character they hadn’t seen before. The character in question was a diminutive but surprisingly strong alien named Jaco, who was introduced to the Z Fighters by Bulma and helped them battle Frieza’s forces on Earth. The same scenario plays out with slight differences in Dragon Ball Super. But who is Jaco, and where has he been all this time? And why does Bulma know another alien?

Much as in the case of Dr. Slump’s characters appearing in Dragon Ball and Dragon Ball Super, Jaco’s appearance in the Dragon Ball storyline stems from another of Akira Toriyama’s works. In 2013, Toriyama started writing and eventually released a single-volume manga, Jaco the Galactic Patrolman, with the titular alien as its main character. What isn’t revealed until the bonus chapter is that the series is a direct prequel to Dragon Ball.

RELATED: Dragon Ball: The One Thing Vegeta Might Be Better at Than Goku

What is Galactic Patrolman Jaco About?

Jaco is a stereotypical-looking alien who stands at 4’10 and claims to be a “Super Elite” of the Galactic Patrol, which serves the Galactic King and polices the galaxy. This puts them in conflict with the stronger Saiyans and Frieza Force, and it is the impending arrival of a Saiyan (later revealed to be the infant Goku) that brings Jaco to Earth in the first place. While no match for a grown Saiyan (his own words), Jaco is incredibly strong by Earth standards, able to easily beat up regular humans, lift his own spaceship with ease, and even kick a giant rocket a great distance. He also possesses an extremely powerful blaster and an “extinction bomb” which can erase all life on a planet. Finally, Jaco is able to fly briefly by igniting his rocket boots.

While on his way to Earth, Jaco crashes into the moon, damaging his spaceship before his arrival on Earth. Luckily, an old scientist named Omori shelters him and agrees to help fix his ship. The following 10 chapters of Jaco the Galactic Patrolman cover Jaco and Omori’s various misadventures attempting to fix the ship, which is difficult because they need an exorbitant amount of money that neither of them has. Omori is also under threat of eviction from government officials who seek to repossess his island, a former research lab and the site of his wife’s grave. Jaco also saves the free-spirited Tights, a 17-year-old girl, from a group of thugs but attracts unwanted attention from the police and government in the process. It’s later revealed that Tights is Bulma’s older sister.

RELATED: The Art of Balancing Death in Shonen Anime

It’s better not to spoil how most of these plot points end, but it should be mentioned that a 5-year-old Bulma, already a prodigy, is the one who ends up fixing Jaco’s ship. Since then, he has continued his work as a Galactic Patrolman, but occasionally visits Bulma and Tights on Earth. Overall, the premise and storyline of Jaco the Galactic Patrolman are interesting, but the execution does leave something to be desired.

Should You Read Jaco the Galactic Patrolman?

Jaco the Galactic Patrolman is undoubtedly an important piece of Dragon Ball history, but in terms of Akira Toriyama’s various projects, it’s among the weakest. It’s held back by heavy dumps of exposition and a proclivity for telling rather than showing, as well as a main character who’s appropriately quirky but not always likable. Omori and Tights are also largely forgettable characters, if not bad ones. The series clearly emphasizes comedy over action, with Jaco never being challenged in any of his fights. The problem is, the comedy here doesn’t hit nearly as well as it does with some of Toriyama’s other comedy projects, like Dr. Slump and Cowa!. Overall, Jaco the Galactic Patrolman isn’t horrible, it’s just bland. That word stings, however, when it’s applied to a work by one of the most creative and successful mangaka of all time.

This effectively puts the only material in Jaco worthwhile to Dragon Ball fans behind a paywall. $9.99 is a heavy price tag for only two chapters, especially if it’s on top of the $1.99/month Shonen Jump subscribers pay. This is part of a greater pattern that Shonen Jump uses, which may indeed merit its own article: it provides subscribers with chapters as they were published in the magazine, but locks the volumes including those chapters, along with all the bonus content they include. That practice is understandable for ongoing series and manga that are complete but still in print, but with older, complete entries like Jaco, it would be preferable to lower or eliminate the volume paywall altogether, even if it means raising the subscription cost by a dollar or two. Until that point arrives, Jaco isn’t worth it, unless you can find it second-hand for cheap.