Home World Shortest Day Of The Year: The Winter Solstice In The Southern Hemisphere

Shortest day of the year arrived in the southern hemisphere and, with it, the beginning of the coldest season of the year. Today, more precisely in the early morning hours, at 00:32, the solstice marked the arrival of winter, when temperatures are lower in most places below the equator and nights are longer.

The solstice, which always occurs twice a year in the months of June and December (usually on the 21st of each month), is the astronomical phenomenon in which the Sun, in its apparent movement in the sky, reaches the point of furthest distance from to the celestial equator, causing a difference in the amount of sunlight that each hemisphere receives. However, don’t confuse! It’s not about the actual distance between the Earth and the Sun, just the position of the Sun in the sky!

In the case of the southern hemisphere winter solstice, the sun reaches the northernmost point in relation to the celestial equator, indicating that the northern hemisphere receives the greatest amount of sunlight, which in fact occurs because the beginning of winter in one hemisphere it is also the beginning of summer in the opposite hemisphere and vice versa. So if you are above the equator, summer is starting today and the days for you will be longer and warmer!

Not only the solstices, but also the equinoxes (which mark the beginnings of the spring and autumn seasons) occur due to a combination of the Earth’s motion relative to the Sun and the tilt of its axis relative to the 23rd orbital plane. 5 degrees.

As the Earth travels its orbital path around the Sun, the incidence of sunlight in each hemisphere varies according to its position, which is why different seasons occur in the year! At the equinoxes, the two hemispheres of the Earth receive approximately the same amount of sunlight, and at the solstices the difference between them will be maximum.

Curious to know a little more? Check out this amazing video! 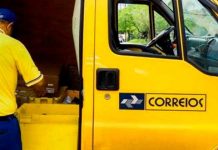 Postal Privatization Will Be Voted On This Week