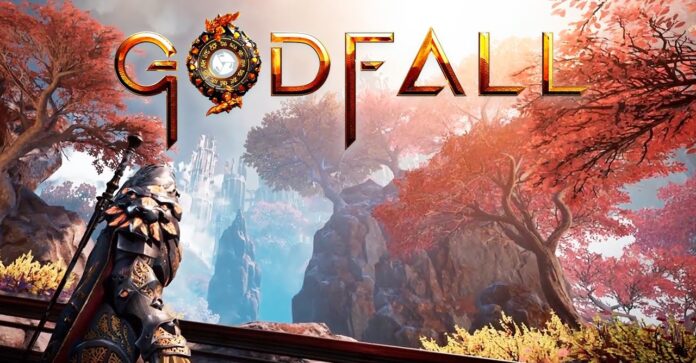 An impressive gameplay video of the PC version of Godfall, which appeared in PlayStation 5 promotion and attracted great attention, was released. The video also provides many details about the game.

PS5 came with many new game introductions. We already knew that these exciting new games would be playable on different platforms. Godfall 5 can also be played on a PC other than PS5, but it is not yet clear whether the game will come for Xbox Series X.

The publisher of the game, Gearbox, has released a very exciting new video for those who will play this impressive game on PC. The images in the video provide a lot of information about both character designs and the overall game. In the video, Keith Lee, game director of Godfall, tells some highlights. Of course, as he starts his remarks, he states that Godfall is still being developed and changes and improvements can be experienced in many things in the video.

So what kind of gaming experience will Godfall offer?

Godfall is an RPG that we can play with three different characters. Lee says that each of these characters has different characteristics and stories. It seems that we will have strong competitors on our journey with these characters and we will have quite tough fighting scenes. The videos tell us how high the game is in terms of graphic quality. Also, it seems like it is a multiplayer game that already excited everyone.

Like many game news coming back to back in recent days, Godfall has excited the gamers and it is not wrong to think that it will be one of the most talked games of the year, considering that the game will be released for PS5 and PC this year.

There is probably no more exciting news for a gamer than a pleasant journey with strong and impressive characters in a fantastic universe.

Cyberpunk 2077 Will Let You Organize Your Sexual Organ