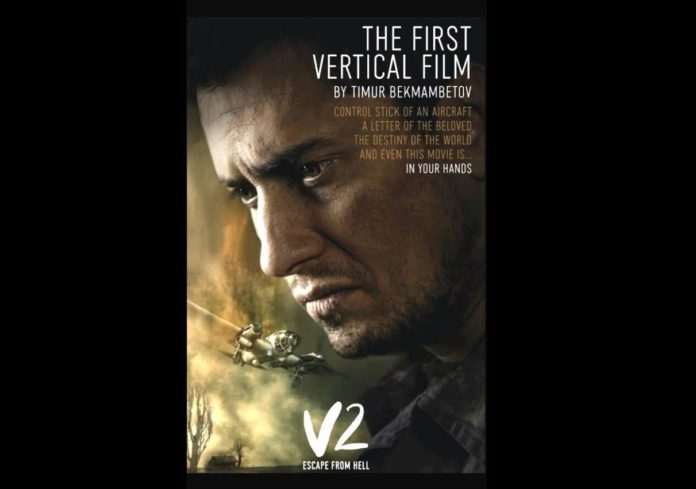 It is reported that Russian film producer and director Timur Bekmambetov, known for films such as Ben-Hur, Unfriended, 9, is working on a very risky movie. Bekmambetov will use the vertical frame in his new movie, which many people hate on their internet videos.

The reason why the vertical framing was so hated was that it did not provide a wide viewing angle and was not suitable for eye pleasure. Because the vertical frame hides the beauty of the landscapes; it restricted the visibility of the scene where the events took place. However, this view was rejected by the announcement of a new movie. It will be the world’s first vertical framed “blockbuster” V2. It was announced that a movie called Escape From Hell is under construction.

Vertical framing ‘V2. The subject of Escape From Hell
Deadline reported in a report that Russian filmmaker and director Timur Bekmambetov was working on a vertical-framed film. Bekmambetov’s new film will be about the effort of a Soviet pilot, who was captured by the Germans in the Second World War, to escape from the concentration camp where he was kept. This initiative will be a risky project due to the large number of people who hate vertical framing, but nobody knows what the outcome will be. Perhaps this film plays an active role in overcoming the prejudice of many people with its success.

The director had previously shot a vertical frame with Snapchat
This film was not Timur Bekmambetov’s first vertical-framed film initiative. The director had shot a vertical drama series on Snapchat. Bekmambetov stated the following in his explanations about his new movie: “The movie was built visually around a person. The subject of the film tells of a man who stands up and stands upright despite the conditions and a rescue plane that rises rapidly in the sky. ”

James Gunn Announces Guardians of the Galaxy Special Event That Will...