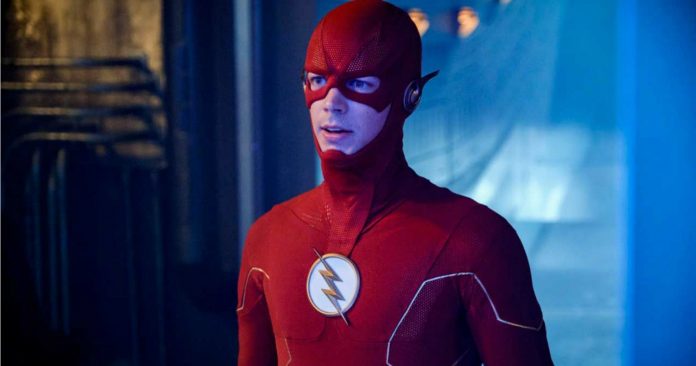 Ahead of the new season of The Flash, a new poster was released and of course we see Barry Allen front and center. The Flash will return with key cast members of Grant Gustin, Candice Patton, Danielle Panabaker, Carlos Valdés, Tom Cavanaugh, Jesse L. Martin, and more, while also being added to the cast of him.

Among the newcomers will be Jon Cor as Chillblaine, along with the possible return of Danielle Nicolet as Cecile Horton. Likewise, the tweet says that love will conquer darkness while the seventh season of The Flash will have its great premiere on Tuesday, March 2.

Likewise, season 7 of The Flash will be a great challenge for the Flash team, which will remain fresh in the depths of its tenure, and will face the conclusion of many of the stories of season 6.

Recall that the show would have returned earlier, but production on the series was closed in March 2020 when the pandemic began to take hold with a handful of episodes remaining. Stories from the remaining episodes will now be incorporated into the beginning of Season 7.

“When we had the closure as unfortunate as it was, we were on the last day of filming what would have been the 20th episode of last season, which will now partially become the first episode of the seventh season,” revealed showrunner Eric Wallace. .

Similarly, the showrunner explained that they had approximately prefabricated due to what they had previously recorded explaining that if fans paid attention to the previous episodes of the sixth season of The Flash they would see big spoilers.

“We have 85 percent of the images that we were able to use, and also we already knew where we were going in season seven. So even though they are only images from one episode, pay attention to the way it is presented, actually, they are big spoilers, all over the place “he added.

Are you excited for season 7 of The Flash series? Don’t forget that the seventh season of The Flash show has its release date confirmed for March 2 by The CW.

Suga and Jimin proved to have an incredible friendship