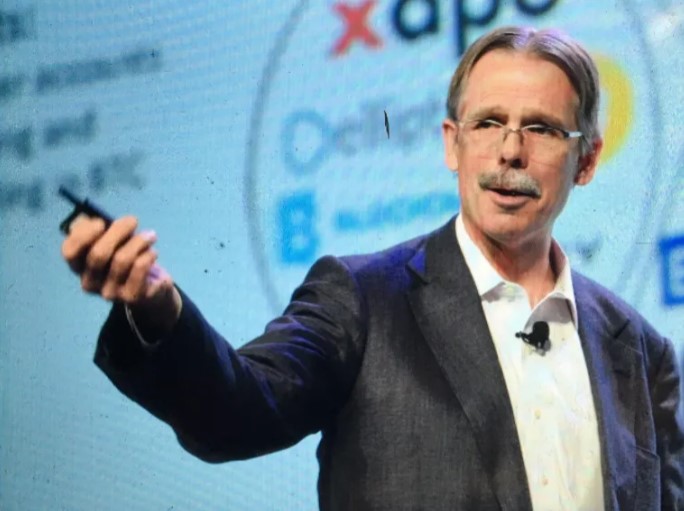 In his latest CNBC engagement, a savvy tech investor, Glenn Hutchins, was asked about his outlook for cryptocurrencies in 2022. The co-founder of Silver Lake Partners and chairman of North Island called for “Dispose of Dogecoin and meme stocks before 2022 arrives.” Here are the details…

Renowned tech investor Glenn Hutchins was asked to share his perspective for 2022 while speaking to CNBC presenter Becky Quick. Hutchins shared “just a few thoughts” about next year’s cryptocurrency market and called on Dogecoin and memecoin investors to “buy” before 2022. The North Island president says no easy money will be made as we enter a time of rising interest rates globally. According to him, the Bank of England’s 0.25% rate hike seems like a “joke”. Emphasizing that the era of easy money making is over in his statements, Hutchins also emphasized the sale of DOGE and meme coins…

Easy money era is over!

Glenn Hutchins says investors should get rid of meme coins and Dogecoin. He also thinks that as interest rates start to rise, food and fuel prices will increase and emerging markets, especially countries such as Brazil, Russia, Egypt and Mexico, will suffer. CNBC’s Squawk Box program also shared Hutchins’ hunger with Dogecoin emphasis on its official Twitter account:

"We move into a situation where interest rates are increasing, easy money is turned off," says Glenn Hutchins on his predictions for 2022. "Dispose of the frothy end of the market meme stocks…. #dogecoin." pic.twitter.com/cKF3Obbg32

“We’re moving into a situation where interest rates are rising, easy money is being turned off,” Glenn Hutchins says of his 2022 forecasts. “Get rid of the sparkling end of market meme coins… #Dogecoin.”

Dogecoin and Shiba Inu continue to be adopted!

Alongside the comments by Glenn Hutchins, meme coin leaders DOGE and SHIB are being adopted by major retail companies and are listed on major exchanges around the world. As Somanews, especially Dogecoin has started to be accepted by the gaming giant Nexon. SHIB, on the other hand, is accepted by a number of major retailers, including Flexa, Gamestop, and Nordstorm, which cover approximately 40,000 retail stores in the US.

Investors Flock To This Metaverse Coin: Famous Company Enters Too!

What awaits Bitcoin and Altcoins in 2022? Here are the Predictions