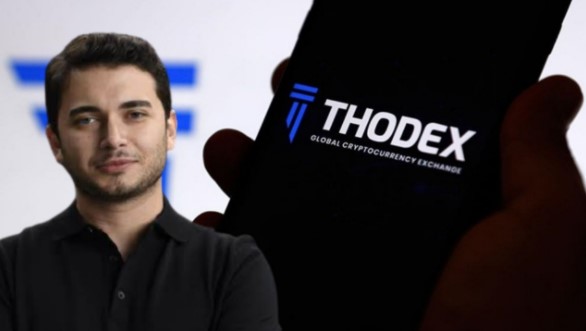 Thodex, known as the crypto money exchange, disappeared in April 2021, making over $2 billion. Fatih Faruk Özer, the founder of Thodex, had fled to Albania and claimed that he would meet with investors there. Later, Thodex investors took the matter to the judiciary and filed a lawsuit against Özer.

The case has been going on for a long time, but with the latest development, Sinan Keskin, one of the lawyers of the victims, says that Özer sent 2 million Turkish Liras to the victims for withdrawal and reconciliation. On the other hand, there are a total of 400,000 investors who are not actually involved in the lawsuit. It is also said that a total of 2 billion Turkish liras were stolen. It is not yet known whether the money sent with the settlement will bring the case to a conclusion.

As in other fraud cases, Fatih Özer also closed his social media accounts and restricted investors from trading in Thodex. In addition, the day of the hit is also reported as the day when the peak transaction volume for the Thodex market is reached. Thodex’s hit-day trading volume is reported at $1.3 billion.

Rug pull, stock market hit, scam and hacks are common in the crypto world and the method used is generally the same. Project owners who make a profit on crypto exchanges attract investors mostly with profit opportunities and then they escape with their money by restricting the transactions of the investors on the relevant platform. Likewise, project owners who want to rug pull in cryptocurrencies attract investors with promises of high profits, and after attracting enough investors, they disappear with the money of the investors. The scenario does not change in any fraudulent activity, the investors are victims every time.

Investors should first conduct market research, question reliability, review supporting platforms and not enter the stock market with money that they cannot risk, in order not to be exposed to rug pull, stock market hit, scam and hacks. It should not be forgotten that, as in every market, the crypto market already contains risks due to its volatility, apart from these fraudulent activities.

Binance Invests In These 10 Altcoins: They Can Be Listed!

There Are Those Who Make 270 Thousand Percent: These Altcoins Crushed...