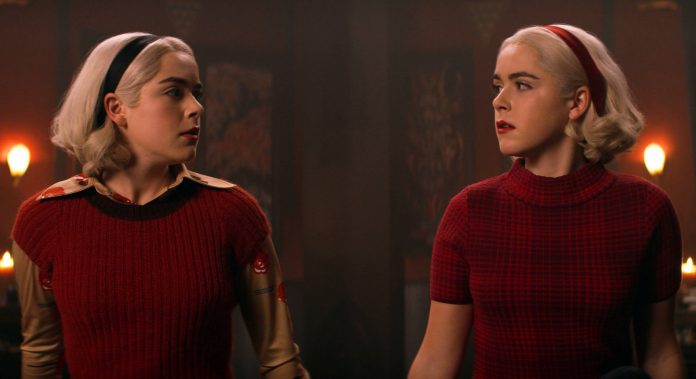 Now that fans have had a chance to see the end of The Chilling Adventures of Sabrina, many are processing the unexpected twist of events the episode contained, and now star Kiernan Shipka has also weighed in at the end of the controversial story.

Those who saw the end of The Chilling Adventures of Sabrina know that Sabrina sacrificed herself to save people trapped in her void and to end the void she accidentally brought with her once and for all, and while she was able to live her life in peace. in the afterlife, for that reason Shipka had mixed thoughts about Sabrina’s death.

“I was very surprised. I think she had the same mentality as everyone else, that it was Sabrina she can’t die, she’s Sabrina, she can’t die and then I thought, ‘Oh, there are no more pages, I think that’s it.’ Shipka revealed.

“At the end of the day, I think what she represents is that she is truly a disinterested soul, and she sacrifices herself for the greater good, which is very important and I think it impacted me quite emotionally,” confessed the actress.

This was actually one of the four endings written for season 4 of The Chilling Adventures of Sabrina, as the writers weren’t sure if it would be the final season. While death ended up being the end they left with, Shipka believes that Sabrina could still return to the world of the living.

“The character doesn’t just belong to me, it belongs to the fans and it belongs to the viewers, and if people want to see the ending and they think she ends up in the sweet afterlife with Nick, then it’s amazing,” Shipka said.

The actress thought that Sabrina is quite intelligent so she could find her way back to Greendale if she wanted to, because of things like this, Shipka was honored to play her character.

“I hope other people feel that this is not the end of Sabrina, but the next phase of whatever crazy life or beyond that she can lead. Anything is possible in Sabrina’s world,” Shipka said.

“So that’s where I sit with it, I hope she comes back,” admitted the actress.

In turn, Shipka also feels that the character may still appear in Riverdale or in a movie because there is obvious fan support for both.

Iris Mittenaere is getting ready for Valentine’s Day!

Vin Diesel announces he’s working on the sequel to The Last...