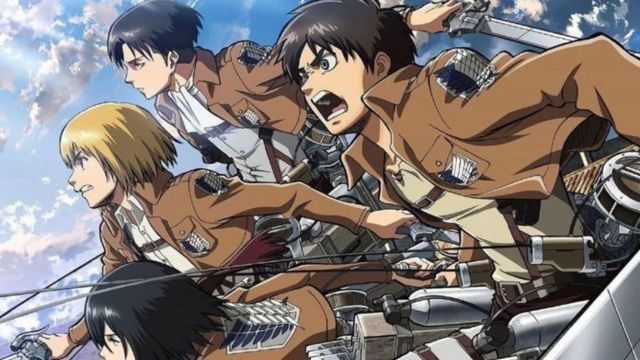 We explain how to watch the Attack on Titans series legally and in Spanish (dubbed or with subtitles). Seasons 1, 2, 3 and 4, the final.

Shingeki No Kyojin (Attack on Titan) is one of the most successful manganime of the last decade. Hajime Isayama’s original work began its journey in Kodansha’s Shonen Magazine back in September 2009 in Japan, but it was not until years later that he began to emerge in the West; mostly by word of mouth from those who had identified something unusual here. Considering that he was a successful shonen far from the pages of Japan’s most successful header, Shonen Jump, something different came off here; a much more adult and mature teen series.

His anime was the trigger for this cultural phenomenon, and now that we happen to the last bars of both manga and anime, we explain where to watch all the seasons online in Spanish (from the first to the last) in a completely legal way.

Before we begin, we would like to make several things clear. If you are interested in supporting Shingeki no Kyojin and you are a fan, you may be interested to know that you can buy the manga in Spanish from Norma Editorial. In Spain, volumes 1 to 31 are published (in Japan it is published up to volume 34). On the other hand, the series is also published in physical form in Spain by Selecta Visión and can be found (Seasons 1, 2 and 3 Part 1) in large stores or online portals.

In this article we will talk about two VOD portals: NETFLIX Spain and Selecta Visión. In the case of NETFLIX, it is a payment platform (plans from € 7.99 to € 15.99 per month); Selecta Vision does not require subscription or payments to view its contents. In any case, both platforms are subject to registration with terms and conditions of use. Both NETFLIX and Crunchyroll have an app on PS4, PS5, Xbox One, and Xbox Series X | S.

See Also
Shingeki No Kyojin: In what order to watch the entire series

Tesla to have autonomous driving software in 2021

Lost Man for 45 Days Found Playing Game in a Hotel...