Home Entertainment Shingeki No Kyojin – Final Season: Schedule And Where To Watch Episode... 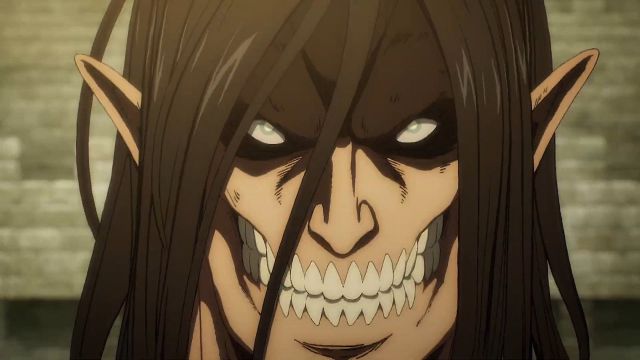 Shingeki No Kyojin: The final season of Attack on Titan is still underway. We tell you how to watch the next chapter streaming online from home. Shingeki no Kyojin faces the final stretch not only of the fourth season, but of the series. The original work created by Hajime Isayama found in the anime the trigger for its success, which reaches an international scale; and it is now when we will see the 34 volumes of the manga concluded. We are in the middle of the outcome and here we are going to tell you how to watch episode 78 of the Attack on Titan/Attack on the Titans (Season 4 Part 2) anime officially and with Spanish subtitles.

Shingeki No Kyojin episode 78: date, time and where to watch it

Episode 78 of Shingeki no Kyojin will air this Sunday, January 23 at 9:45 p.m. (CET), Spanish peninsular time. From that moment on, it will join (like the rest of the previous episodes) the catalog on demand, so that we can watch it whenever we want on a multitude of devices.

The Crunchyroll catalog now has the complete Season 1, Season 2, Season 3 and Season 4 Part 1 of Attack on Titan (plus Part 2, currently on air); while Netflix and Amazon Prime Video also have some seasons. In the case of Prime Video, the entire Seasons 1-3; Netflix, meanwhile, has Season 3 Part 1.

How much does Crunchyroll cost: price and subscription modalities

Crunchyroll, as a subscription service, has a 14-day free trial. Once finished, we have two monthly payment options that we detail below. FAN for 4.99 euros per month, which gives access to all the contents of the Crunchyroll catalog without advertising, simulcast with Japan and a simultaneous device; and MEGA FAN for 6.49 euros per month, which brings with it all the aforementioned advantages plus the possibility of enjoying offline viewing (downloading) and availability on up to four devices at the same time.

Shin-Chan For Nintendo Switch, Getting Closer To Spain