Home Entertainment Shingeki No Kyojin – Episode 73 & 74: How to Watch? 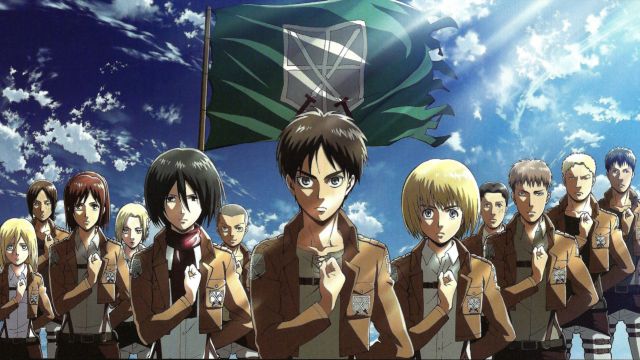 After the earthquake in Japan, episode 73 delayed its broadcast, so both chapters will be broadcast in a row.

As the manga nears its end, the Shingeki No Kyojin (Attack on Titan) anime continues on its way into its fourth and final season. The broadcast of episode 73 was interrupted by an earthquake in Japan, in which fortunately there were no fatalities to mourn, but Selecta Vision later announced a new date. The schedule will not be affected, as both Chapters 73 and 74 will be issued on the same day.

At what time and when can it be seen live and online?

Despite the fact that the previous seasons of Shingeki No Kyojin are available on platforms such as Netflix or Amazon Prime Video, none of them broadcast the episodes of the fourth season in real time. In Spain, Selecta Vision is the company that has the rights to do it, so they are the ones who do it through their website. Unlike video-on-demand platforms, Selecta Visión offers the possibility for those interested to enjoy the episodes live, and what is even more interesting, completely free. To do this, simply register on the website and open the page at the schedule that we provide below.

Episode 73 (Malvado): due to the earthquake, this episode will be broadcast at the usual time, next March 21 at 7:00 p.m. (Spanish peninsular time)

Episode 74 (Only Salvation): Viewers won’t have to wait another week for their next adventure in the world of Attack on Titan. On the same March 21, just after episode 73, it will be available on Selecta Visión. It will be at 8:00 p.m.

See Also
When Shingeki No Kyojin - is the Last Episode ?

In Latin America, viewers have the episodes at their disposal on the Crunchyroll platform.

It is still unknown how many episodes the fourth season of Shingeki No Kyojin will be composed of. At the moment there are 16 confirmed, but this will change depending on the new installments of the manga, which although it is about to put an end to this story, is still being published. The manga is expected to end this year 2021.