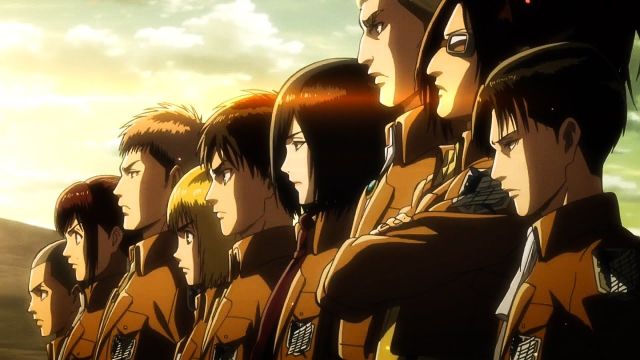 Shingeki No Kyojin: Attack on Titan, the famous manga started in 2009, comes to an end this April. We tell you when it opens and how to read the grand finale.As Season 4 of Shingeki No Kyojin (Attack on Titan) wraps up to make way for the second half at the end of the year, the manga is powerfully nearing its end. Hajime Isayama’s work, started in Japan back in September 2009 in Kodansha’s Bessatsu Shonen Magazine, will publish the last episode of his comic this coming April; a historic moment for one of the most influential manganime of the last decade not only for the shonen genre, but for Japanese comics in general on an international scale.

This article does not include any plot spoilers / spoilers for Shingeki No Kyojin.

Shingeki no Kyojin manga – Final Chapter: release date and how to read online
First of all, it should be said that Shingeki No Kyojin is published in a monthly magazine; that’s why we only have one chapter a month, but more extensive than the works serialized in weekly prints. After eleven years and what will be a total of 34 volumes in tankobon format, the manga will publish its chapter 139 (final) on April 9, 2021.

The information is official from Kodansha, so that Friday the manga will be published at about 4:00 p.m. (Spanish peninsular time) translated into English. Now, volume 34, the volume where the last episodes will be compiled up to chapter 139 of the manga, will not arrive until June 9, 2021. International distribution, as usual, will be done for a while.

If you are interested in reading the Shingeki No Kyojin manga legally, there are three options worldwide, licensed and translated into different languages: Kodansha Comics (Japan), Viz Media (America) and Crunchyroll in countries like Spain. Crunchyroll has different paid subscription options — all the details here — to see its entire anime catalog and manga catalog; from Edens Zero through Genshin Impact or Attack on Titan. And yes, with simulpub: simultaneous premiere all over the world.

Attack on Titan / Shingeki No Kyojin in Spain: where to buy manga and anime

If you are interested in reading the Attack on the Titans manga from Spain, you can support the edition of Norma Editorial, which has the rights to the license and is in charge of publishing each volume compiled in a reliable way with respect to Japan. It is to be expected that in a few months, volume 34, the last one, will be released in bookstores and department stores.

On the other hand, if yours is anime, it is Selecta Vision that publishes the series in physical format in Spain with very careful editions and additional materials. In this article we tell you how to watch all the seasons of Shingeki No Kyojin (Attack on Titan) online.

“Everything is going according to plan” — The Return of The...