Home Entertainment Shingeki no Kyojin (Attack on Titan) Will Have an Official Concert: Date... 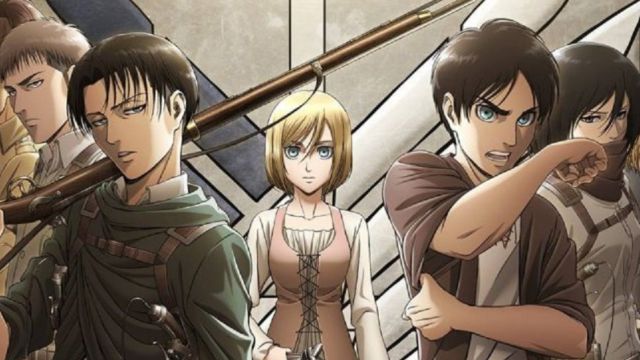 Shingeki no Kyojin: The popular manganime also stands out for an unforgettable soundtrack. We will tell you how to watch the concert (paid) once it is broadcast.Ponyo Canyon has announced that Shingeki no Kyojin (Attack on Titan) will have a paid orchestrated concert that we will be able to watch on delayed (VOD) around the world. The North American company thus confirms that the work of Hajime Isayama, known in Spain as Attack on the Titans, will have the tribute to its soundtrack that manganime fans have been waiting for so much. We tell you all the details.

First of all, it should be said that to see the orchestrated concert of the Shingeki no Kyojin soundtrack it will be broadcast live this August 22 from 11:00 in the morning, peninsular time in Spain. It will last 120 minutes.

The ticket to see the live concert costs 3800 yen (sale here, you can change the language on the web); that to the change are 29.53 euros without taxes. That same ticket will give access to delayed viewing. One of the available payment methods is PayPal; accepts international payments.

Once it is finished, we will be able to see the concert in deferred until August 29, 2021, since it will be recorded and hosted on the ZAIKO platform so that we can enjoy it in video on demand format.

Other highlights are that it will feature the participation of original anime voice actors and actresses, such as Yuki Kaji (Eren Yaeger), Yui Ishikawa (Mikasa Ackerman) or Marina Inoue (Armin Arlert).

After the first part of the final season (Season 4) of the anime, it is official that the second part will air in 2022, to be determined. This first part has consisted of 16 episodes, to which we will have to add the second and last batch, where the events already told in the manga, which ended months ago, will be narrated. We recommend being very careful with spoilers.

Ratchet & Clank: A Dimension Apart Will Have Digital Launch Event