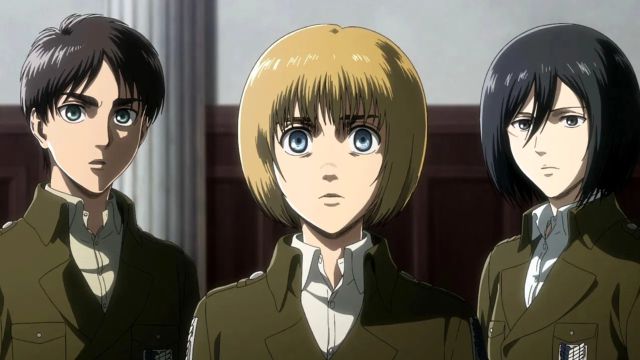 Season 4 interrupts its broadcast just as the final chapter of the manga in April 2021.

The fight between humans and giants rages as the fourth season of Shingeki No Kyojin (Attack on Titan) continues to advance. The anime, which follows the events of the original manga, is about to write its last stories, but it will not end in 2021. This has been confirmed in a small teaser trailer, which you can see below these lines. The broadcast will be temporarily interrupted and it will return with episode 76, which is titled Condemnation.

According to the official tweet, the return of the anime will occur in winter, as reported by NHK, the Japanese public channel. The chain thus outlines a new batch of chapters for the next year 2022. This time, the story will conclude, since the original manga on which it is based will also do so, although before the end of the year. In fact, as published by MeriStation, the manga will conclude on April 9. Do you want to read it before it is published in Spain? It is possible and we will tell you how to do it in this news.

How to watch Shingeki No Kyojin anime for free?

The previous seasons are available on platforms such as Netflix or Amazon Prime, but if you want to enjoy the most current episodes in Spain, Selecta Vision offers this possibility for free and live, despite the fact that the episodes are deleted after the broadcast. In other territories such as Latin America there are other options, with Crunchyroll as a possible option. This platform, which also incorporates a paid subscription, opens the doors to news about online manga, as well as a wide catalog of manga and anime.

Shingeki No Kyojin unveiled a fourth season with 16 initial episodes, to which will be added the next chapters to be broadcast in 2022. At the moment it has not been reported on the number of episodes that will complete this final season. We will have to wait for news in the coming months.

The World Gold Crisis Helped Them