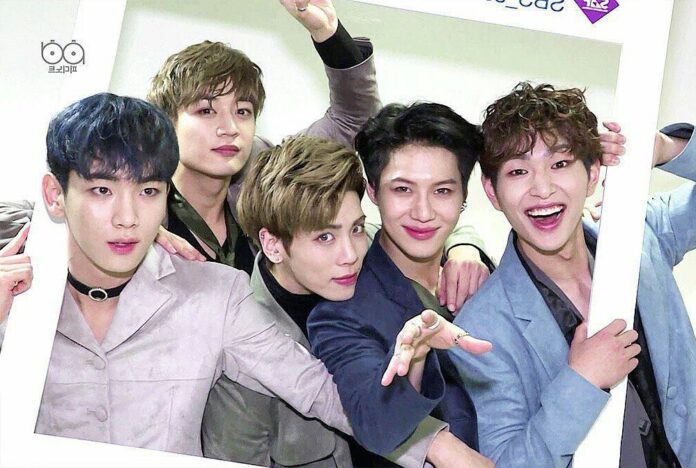 Eight years ago, on May 25, 2008, a new group from SM Entertainment was making their official debut in the K-pop industry: SHINee.

The group made up of 5 members, Onew, Jonghyun, Key, Minho and Taemin, released their first mini album titled “Replay”, since then, they have become one of the most representative groups in the industry and today they celebrate their twelfth anniversary.

Through the hashtags #AlwaysWithYouSHINee and # 12YearsWithSHINee, Shawol has shared various messages of love, support and congratulations on social networks to the boys, who have given them hope and happiness through their music.

The group has hits like “Lucifer”, “Sherlock”, “Tell me what to do” and “Conuntless”, among others. SHINee has released 6 studio albums and 8 mini albums in his career, they have also released Japanese material and live albums.

His most recent work was “The Story Of Light Ep 3”, an album with songs like “Good Evening”, “I Want to you” and “Countless”, released before Onew, Key and Minho began their military service.

Currently, Taemin is still in promotions as a soloist and together with Super M. Shawol he has shared various videos and photos of each of his favorite SHINee moments, they also remembered Jonghyun, who said goodbye to them in 2017.