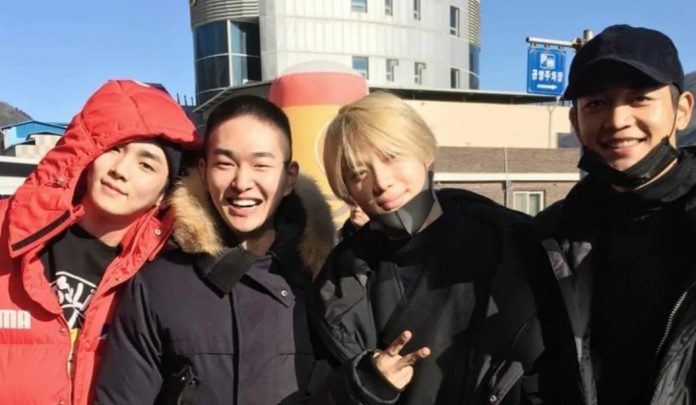 The K-pop group is getting ready for their first full comeback, after finishing their military service, the boys will be reunited with Shawol.

SHINee will be making their first group comeback in 2021, the K-pop group will surprise their fans with a new album after 3 years of absence.

MinHo, Key, and Onew went away for almost two years to fulfill their military service and are finally back. Taemin, the youngest of the group, has been sticking with his solo career and projects like SuperM, but all 4 members are ready to resume their group career and return with a new comeback.

Through Korean portals, a representative from SM agency confirmed that SHINee will be making their comeback in February 2021, but there are no specific dates. Shawol celebrated the news on social media with the hashtag# SHINeeIsBack2021 , as they have missed the boys over the years, their last release was with “Countless”.

Since then, Taemin has been in charge of continuing with promotions, as he is not yet old enough to go to the military. His career includes solo albums with singles such as “IDEA” and “Criminal,” as well as “ONE” with SuperM . The boys are characterized by their retro style, ballads and electro pop.

SHINEE WILL HAVE ITS FIRST GROUP COMEBACK IN FEBER

According to SM’s statements, the group is already working on their new album , but they have no confirmed date. The month of love and friendship will be the perfect season for their comeback, the 4 members will meet again on stage with Shawol.

The first preview of their comeback was during the SMTOWN Humanity Culture concert, where they revealed a teaser that collected all of SHINee’s MVs . So far, there are no clues about the concept they could present, the number of songs or versions of the album, as it will be their first comeback after 3 years of absence.

The group is considered one of the pioneers of K-pop thanks to hits like “Lucifer”, “Sherlock”, “View”,among others. In addition to their talent as vocalists, the group has stood out for the personality of each of its members. Shawol is excited for SHINee’s new music .

The K-pop group has been characterized by its great vocal talent, relive Jonghyun’s best moments on stage.