Home News SHINee begins the countdown to their comeback 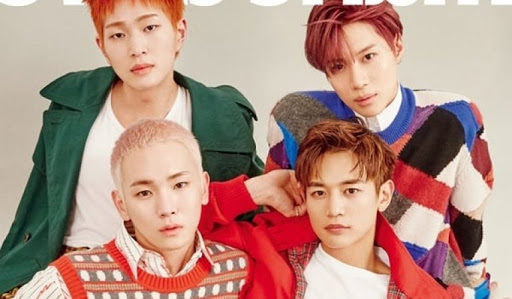 Although time is lacking, the group already counts the days to return to its fans.

The military service in South Korea is one of the most difficult times for idols and fans, they will have to say goodbye for almost 2 years.

SHINee is no exception, the SM agency group started their military service last year, 3 of them had to say goodbye, Taemin continues his solo career, but 2020 will be the year the boys meet Shawol again.

Through their social networks, the boys shared a countdown ; With the caption “2020 SHINee’s Back” , the group announced a probable comeback as soon as they finish their military service . 2 of the members are doing their duty in the army, Onew and Key , meanwhile, Minho decided to enlist in the Navy.

Since then, Shawol has waited for them, although Taemin continues to be active as the youngest of the group. SHINee is expected to return to business around November or December 2020.

So far, SM has not elaborated on it, but fans have expressed their excitement and the days are up to see them again. Onew will be the first member to be discharged, the idol will come out in mid-July. Shawol, are you ready?